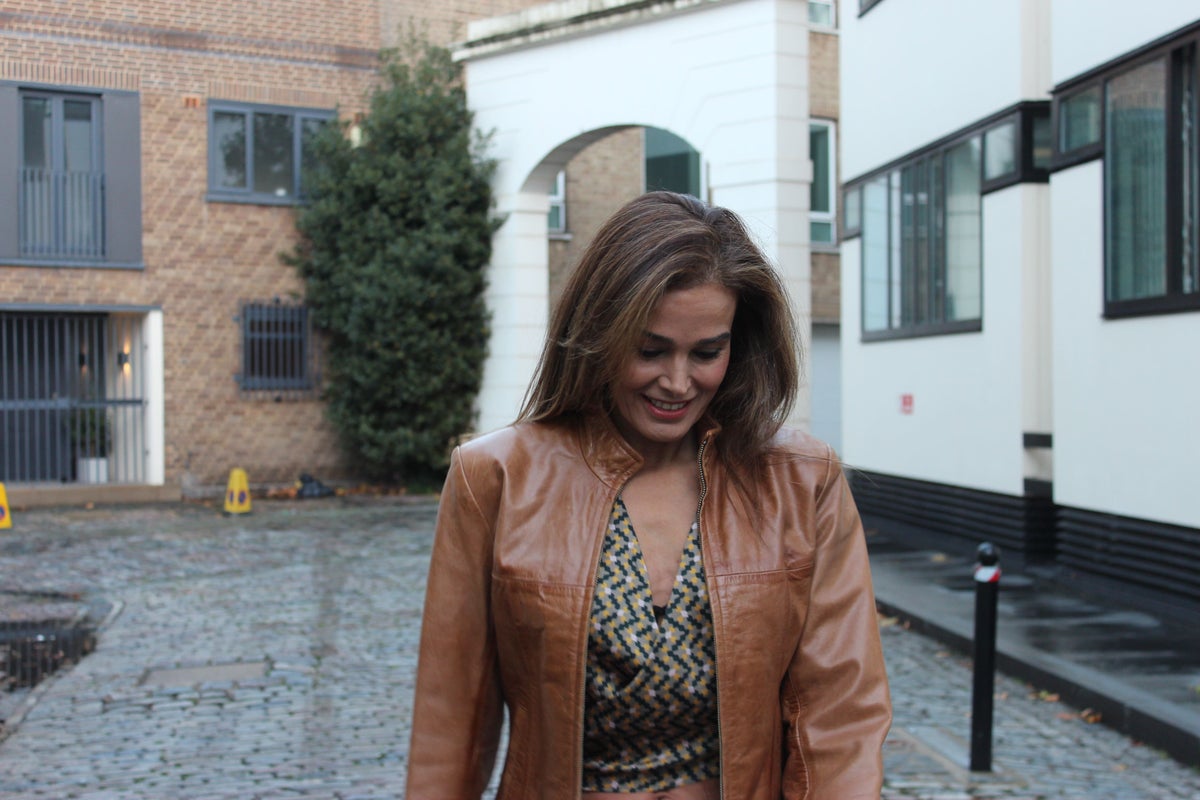 A 52-year-old divorced mother tired of being duped online has launched an anti-catfishing app to make dating safe.

A singleton of 10 years, Dorisa Soudi moved from Dubai to central London in 2018, where she currently lives – and the mother-of-two, whose daughters Dalia, 23 and Tala, 19, are both full-time students, threw herself into online dating and socialising with friends in the buzzing city centre.

After Dorisa’s dates turned out to be duds, with men not living up to their dating profile photos, she was horrified when her daughters revealed the concept of catfishing: when a person pretends to be someone else online.

Fuelled by the inclination to create a safe dating space for herself and her daughters, Dorisa created a video dating app, ZiP, making it nearly impossible to catfish unsuspecting users.

“Nearly every date I had looked different to their picture,” said Dorisa.

“Being a female and having two daughters in their 20s, I’m always concerned, always worried.”

She added: “My desire to protect them and their peers, coupled with the knowledge that others were experiencing similar issues online meant that I knew we needed a solution.”

Divorced in 2012, it was not until Dorisa moved from Dubai to London that she felt liberated enough to throw herself into online dating.

“The diversity and the freedom of being a single woman coming from the Middle East was very liberating,” she said.

She added: “Everyone was very open about going on dating apps and I loved it.”

But when most of her suitors failed to live up to their pictures, Dorisa was turned off dating for good.

“When I met my dates, I was like, goodness gracious, none of these gentlemen look like their pictures – not one,” she said.

She added: “I would politely say your pictures are not quite like you in person, and then they would jokingly say it was a picture from five years ago.

“I was never rude, I would always just tell the truth that I didn’t feel we had a connection.

She added: “Everyone would be surprised that I used my photos, but I quickly realised that everyone was using filters and even fake profiles to enhance their online appearance.”

However, Dorisa’s daughters quickly explained the dark side of dating.

“My daughters explained it was a really big thing called catfishing,” she said.

“If people are unhappy because they’ve been catfished that means that [they] want something real.”

She added: “Then we went into lockdown and my daughters and I were constantly tapping on our phones and I said imagine having a dating site like TikTok.

“I did some statistic studies and realised there isn’t a video profile dating app. So I put it on my manifestation board and ZiP was born.”

“It’s a dating app without pictures, that’s what I call it,” she explained.

“We have face recognition and inbuilt tools to identify any possible catfishes, there are no filters. We also make people update their video every three months so everyone’s profile is current to them.

“We also send reminders during chats to prompt people to stay on the app and not give out any personal information too soon. We just make sure that people are comfortable.”

But Dorisa explains her phony busting tools don’t zap away any of the fun.

“The videos are 15 seconds, and the users answer silly questions about themselves,” she said.

She added: “They are designed to help people get to know you, like were Ross and Rachel on a break? What’s your favourite Marvel hero? What’s your nickname?

“They help give an idea of personality, allowing people to really decide if they like that person or not.”

Launching ZiP in September this year Dorisa is determined to revolutionise the dating scene.

“The app is for friendship as well as love,” explained Dorisa.

“We launched at several universities in September, such as Manchester, Bristol and Kent.”

And it is not only catfishing that Dorisa is fighting – she is also determined to stamp out drink spiking with her ‘condom cups’.

“I’ve also contacted a number of student unions about giving out cups that stop spiking on nights out,” she said.

“When my girls explained what was happening to people on nights out, I wanted to help stamp out spiking.”

According to Drinkaware, one in nine women and one in 17 men have been a victim of spiking in the UK.

“The condom cup covers any size drink and stops someone from dropping something in your drink,” she said.

“We’re going to be giving out our ZiP cups in December ready for all the Christmas parties.”

Breaking down tech boundaries, Dorisa is also determined to fight the 50s stigma as she revolutionises the dating world.

“Being a women in tech is a challenge,” she explained.

“But I think it’s more of a challenge when a woman at 50 starts up her own business.

“But of course, a woman at 52 understands Gen Z’s a lot better than other generations because we’re actually the parents of Gen Z’s.

“We have a hidden insight into what they want.”