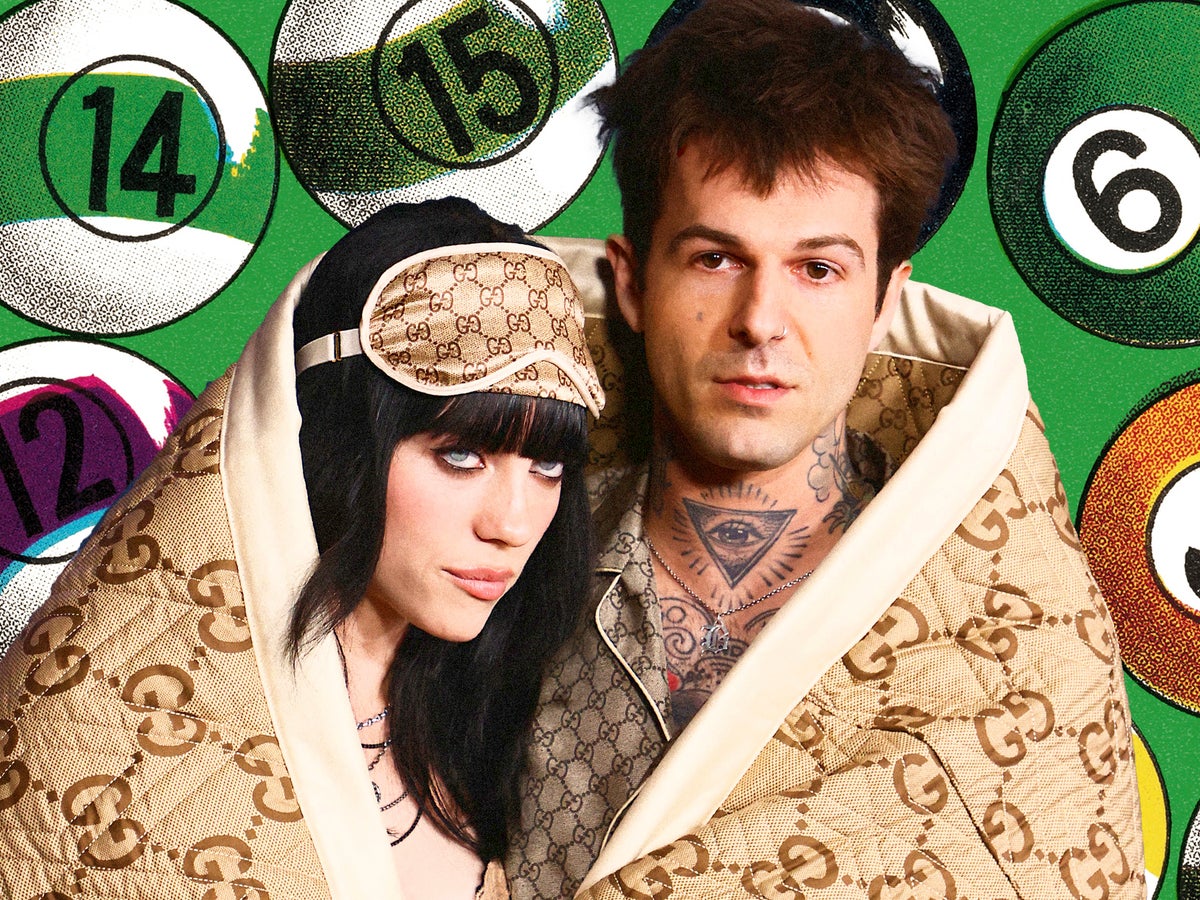 For Halloween this year, Billie Eilish dressed up as a baby. The singer wore a peaked bonnet printed with teddy bears and a matching bib. Her newly announced boyfriend Jesse Rutherford – the lead vocalist of the alt-indie band The Neighbourhood – came dressed as an elderly man. He wore a bald cap, his neck tattoos peeking out from under a cardigan and braces. He looked like a cross between Machine Gun Kelly and Benjamin Button. This odd rendition of a couple’s costume drew immediate backlash from Eilish’s fans, who believed she was poking fun at their widespread concerns about the pair. For Eilish is 20 years old. Rutherford is 31.

“Sick and twisted” and “creepy” are among the words typically used by fans to describe the couple. On Twitter, fans have alleged – based on little actual evidence – that Rutherford holds inappropriate amounts of power in the relationship, since Eilish was a long-time fan of his band. One Twitter user wrote: “This s*** is crazy to me. Even despite the age gap (which is concerning), she was a fan of him from a young age. That’s a natural power imbalance.” Another concerned fan wrote: “Jesse was graduating high school while Billie was in second grade. I just don’t want Billie to get taken advantage of. I get they’re both adults but he’s 31 and she can’t even drink yet.”

Fury and fascination over age gaps in celebrity romances have come to dominate internet fandom in recent years. Commentators decide which pairings are the creepiest, theorise about power imbalances, and wield allegations of emotional abuse. People gawp at the 41 years between Madonna, 64, and her new boyfriend Andrew Darnell, 23. Aaron Taylor-Johnson fans regularly condemn the fact that he was 18 when he first met his wife, the artist and director Sam Taylor-Wood (now Taylor-Johnson), who was then 42.

Celebrity age gaps, though, cross gender, sexuality and ethnicity. Olympic gold-medallist diver Tom Daley is two decades younger than his screenwriter husband Dustin Lance Black. There are 16 years between Chris Evans, 41, and actor Alba Baptista, 25. Cher, 76, is currently dating 36-year-old rapper AE. The list goes on. It’s intriguing, it’s eyebrow-raising and it reeks of something scandalous. But is it really that scandalous to those in Hollywood?

For us mere mortals, dating within your age range is almost rudimentary. Even the most liberal of non-famous families might never accept an age gap of more than 10 years. “A big reason why people express such horror at age gaps is that it’s abnormal,” says relationships expert and celebrity match-maker Paul Carrick Brunson. “Often, we are seeking a duplicate of [ourselves]; same ethnicity, nationality. Even geographically, most people look for a partner within a 25-mile range. People always look for someone in the same age range as well.”

“When we see an age gap,” he continues, “there’s also the assumption that one [party] is taking advantage of the other. One is seen as the opportunist. That [idea] typically plays itself out in popular culture, movies and TV shows. That’s why people are so horrified.” And it’s true; these relationships are almost always set up to fail. Remember on Friends, when Courteney Cox’s Monica dated her parents’ friend Richard (Tom Selleck)? The 21 years between them caused big problems, specifically the fact that twenty-something Monica wanted children while Richard’s own children were already grown up and having kids of their own. “If your partner already has a family and says that they don’t want more children, it can be tempting or easy for you to agree to this in the early days of the relationship,” says relationships expert Kate Daly. “You might then find – later down the line – that having your own child is non-negotiable.”

In Hollywood, though, age isn’t a number, but more a lifestyle. According to Brunson, the entire entertainment industry revolves around youth. “It’s form-fitted to this 18 to 34 demographic,” he explains. “It’s driven by advertisers who market towards those [ages]. Anyone who works in entertainment will dress like they are 18 to 34 and live a younger lifestyle.” In short, the shared experience of being famous creates more common ground than a shared decade of birth ever will.

So why are fans so concerned about age gaps? Well, fans usually have good intentions – if you admire someone in the public eye, you tend to want the best for them. But sometimes it becomes malicious, even borderline obsessive. When Florence Pugh faced similar waves of commentary from her fans about her relationship with the actor and filmmaker Zach Braff, who is 21 years her senior, she called them out for “cyber-bullying”. “I do not need you to tell me who I should or shouldn’t love,” Pugh said in an Instagram video in 2020. “It is not your place and it really has nothing to do with you.” In the case of Eilish’s fandom, though, they are protective of the singer. They’ve seen Eilish grow up since she released her first EP at the age of 16. They watch her annual interviews for Vanity Fair, which have seen her document the most recent year in her life since 2017. And, most importantly, they tend to be her peers – young people who’ve grown up alongside her and followed her through every album release. Every change of her hair colour. Every new red carpet outfit she’s worn. Many feel as if she’s a friend. So it’s only inevitable that they’ll be opinionated about her love life.

With that in mind, though, what are we to make of her and Rutherford’s Halloween costumes? It felt like a statement – a “f*** you” to anyone’s concern. In fact, Eilish seems pretty chuffed with herself to have bagged the singer. “I pulled his ass – all me!” she told Vanity Fair about her new beau last month. “I did that s***! I locked that motherf****r down!” What more can you say? Is the 11-year age gap between Eilish and Rutherford weird? Maybe. Is she happy? Absolutely. And you can’t really argue with that.