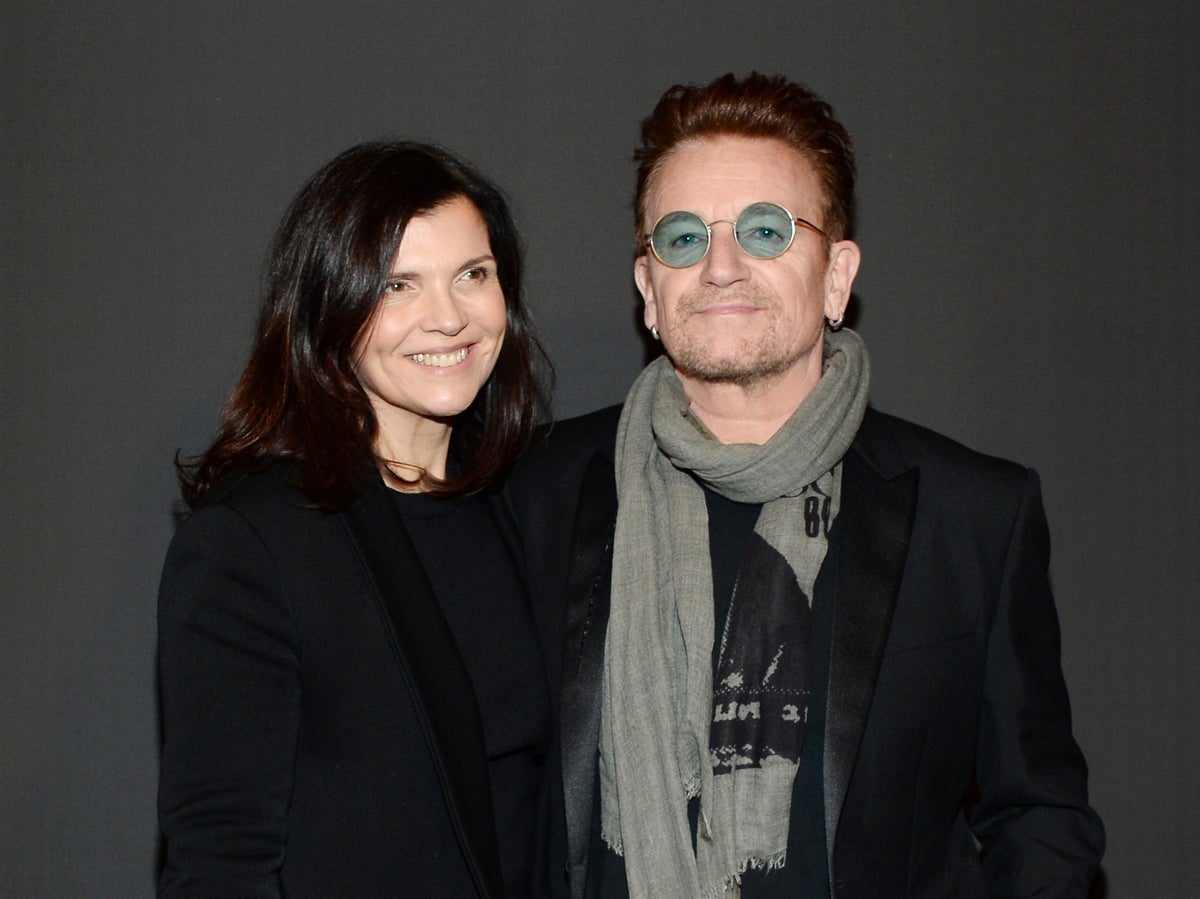 Bono has opened up about his 40-year marriage to his wife Ali Hewson, describing their decades-long relationship as a “relay race”.

The U2 frontman gushed about Hewson, calling her “incredible” and “endlessly fascinating” during an interview about his forthcoming autobiography, Surrender.

He said that the key to their marriage’s longevity is to “swap” being in charge “at some point”.

“If one of us got lost the other was going to get us back, that’s kind of been the way it’s been for us,” Bono told The Sunday Times. “I think in relationships somebody is in charge at some point, but you swap. It’s a relay race.”

The rock star married Hewson in 1982 when they were both 22, but they had met a decade before at the age of 12, at Dublin’s Mount Temple Comprehensive School.

Bono told the publication: “She’s incredible. She’s not just a mystery to me, by the way. She’s a mystery to her daughters, to her sons. I mean, we’re all trying to get to know her. She’s endlessly fascinating. She’s… full of mischief.”

He added that Hewson describes their relationship as a “work of love” and continued: “I wish she wouldn’t use the word ‘work’ because I have a feeling there’s an adjective, ‘hard’, that’s inferred.”

Bono, who has been a part of U2 since its formation in 1976, spent large amounts of time away from Hewson and their family while touring globally.

He revealed that, in the 1980s, his absences began to take a toll on how “present” he was when he was home.

“That’s when I think she wanted to jump,” the singer said. “Both she and EdgE [David Howell Evans], who are very close… will be your most loyal friend ‘till death do us part’. But they both look at me with the same look, which is, ‘Don’t let me down’.”

In 2005, Hewson revealed that her marriage to Bono works despite his absence while touring with U2 because they allow one another to chase their dreams.

“Our marriage has worked because we like each other, because we talk to each other, and we are passionate about what we do,” she said. “We allow each other to pursue our goals.”

Bono’s memoir Surrender will be released in November.