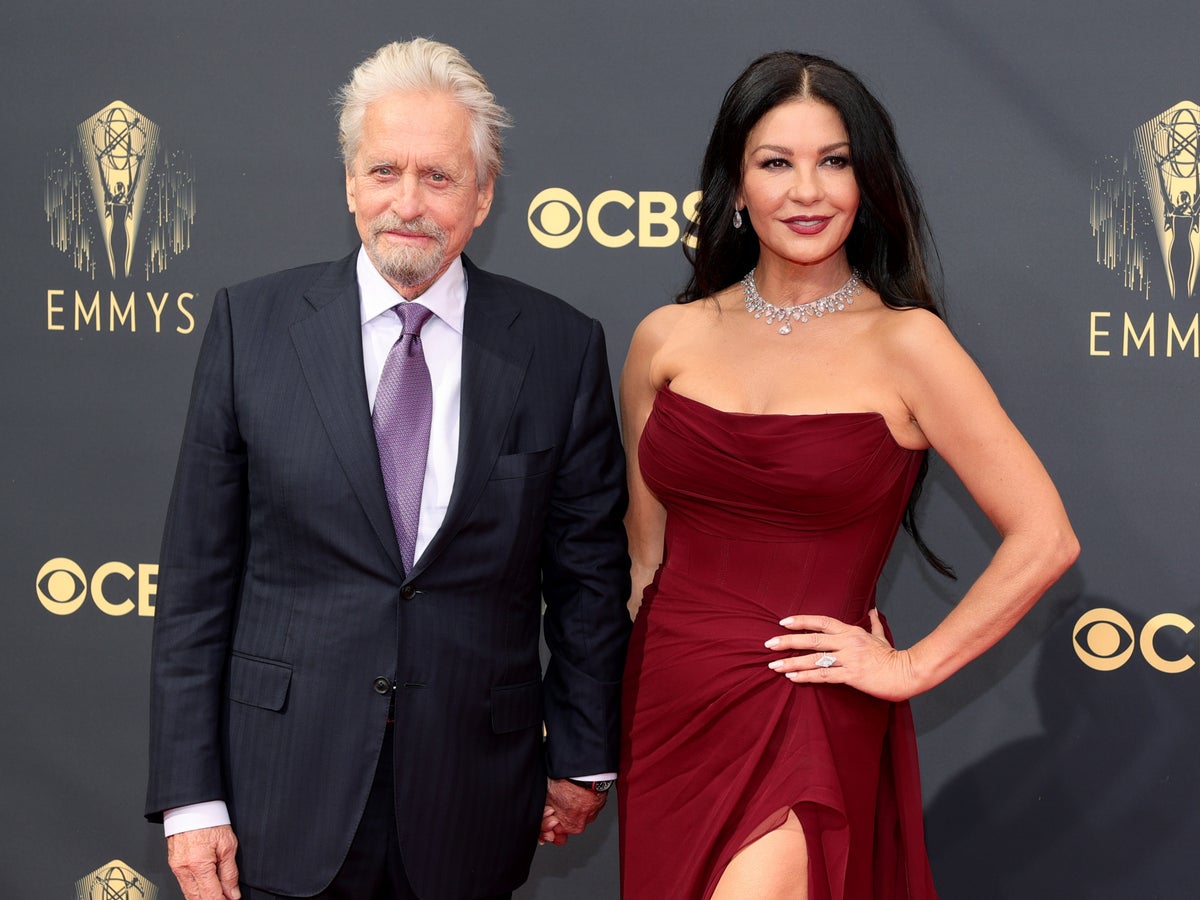 The couple married at the iconic Plaza Hotel in New York City in 2000 after meeting two years prior at the Deauville Film Festival in France.

The Welsh actor, 53, shared a candid photo of her kissing her husband, 78, on Instagram to mark the occasion.

She wrote in the caption: “22 years and one day! It’s in the fine details… Love you sweetheart. Happy Anniversary.”

Actor and producer Douglas also shared a post to commemorate their anniversary and took a trip down memory lane by posting a composite of two photos of the couple on their wedding day.

Zeta-Jones and Douglas are pictured laughing together and kissing one another in the pictures.

He wrote: “Happy Anniversary to my darling Catherine! I love you so much.”

It comes after the Hollywood couple celebrated their joint birthdays in September. They both dedicated Instagram posts to one another and took a helicopter trip to mark the event.

Zeta-Jones is Douglas’s second wife, as he was previously married to Diandra Luker from 1977 to 2000, with whom he shares a 43-year-old son, Cameron.

Earlier this week, Zeta-Jones made a rare comment about her marriage and said she “[thanks] my lucky stars every day that I picked the right guy”.

It hasn’t always been smooth sailing for the couple, who announced in 2013 that they were “taking some time apart to evaluate and work on their marriage”.

However, they reconciled in 2014. Douglas told The Ellen DeGeneres Show at the time that they were “stronger than ever”.