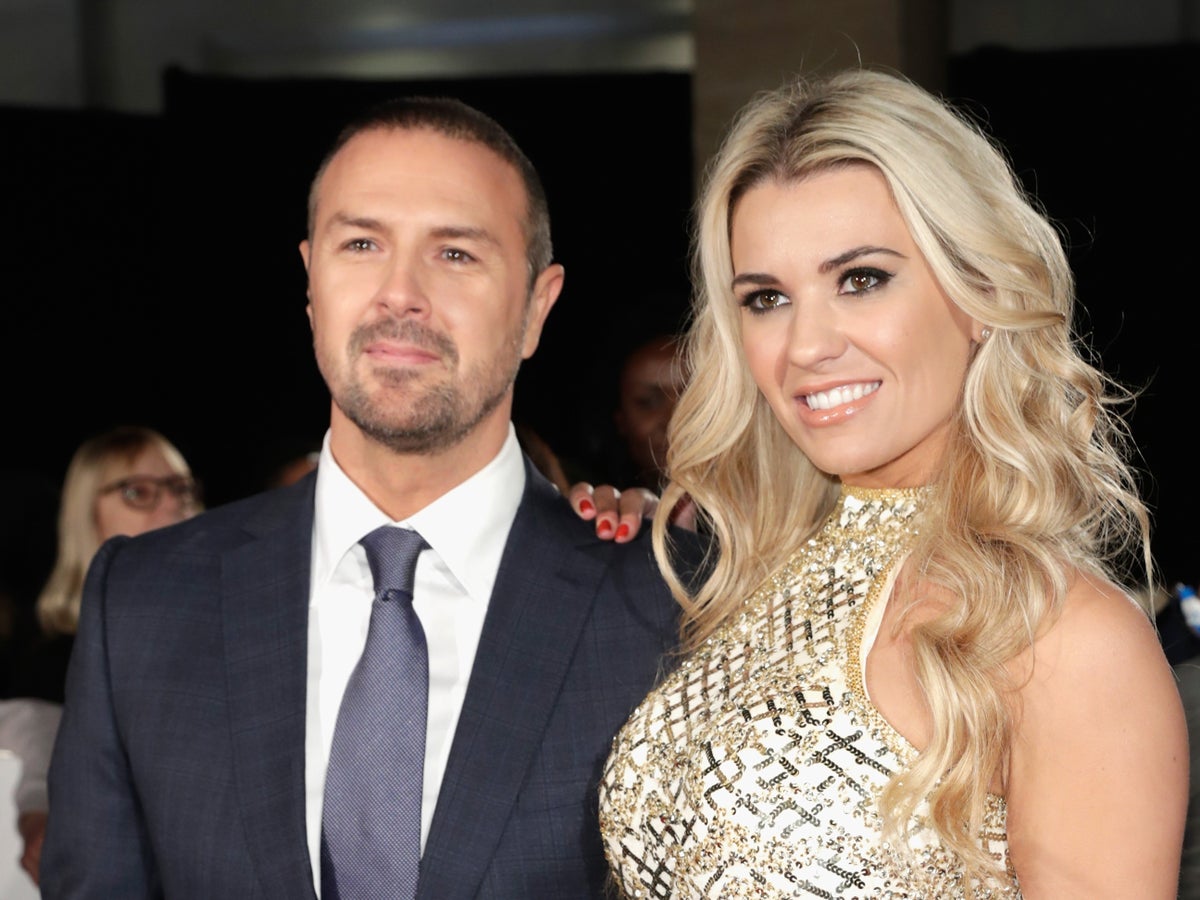 Christine McGuinness has opened up about the “best and worst year” of her life, after she and ex-husband Paddy McGuinness announced their separation in July.

The model and TV personality revealed that the couple’s three children still don’t know that they are no longer together because “they’re so young”.

Christine, 34, explained that she and Paddy, 48, will be spending Christmas together with their children despite the split in order to “keep things as normal as possible”.

In the summer, the couple announced their separation after 11 years of marriage, describing it as a “difficult decision”.

A joint statement posted on both their Instagram accounts read: “We hadn’t planned on sharing this publicly until we were ready but after the lack of privacy surrounding our personal life, we feel left with no other option but to clarify.

“A while ago we took the difficult decision to separate but our main focus as always is to continue loving and supporting our children.

“This was not an easy decision to make but we’re moving forward as the best parents we can be for our three beautiful children.”

Speaking to OK! Magazine in a new interview published today (Monday 19 December), Christine said the separation was “heartbreaking” and she never expected her marriage would come to an end.

She added that it would be “nice” for her and Paddy’s children to see them “being alright” together, particularly during the festive season.

“I’m quite happy for him to be there with the children and it’s nice for them to see Mummy and Daddy just being alright. We can sit and have a cup of tea together and that’s fine,” the former beauty queen said.

She said the children were not aware of the split “at all”, adding: “They’re so young. I’m trying to just stick to their normal routine.”

The couple share nine-year-old daughter Felicity and six-year-old twins, Leo and Penelope. All three children have autism, and Christine was diagnosed with autism last year, at the age of 33.

She and Paddy met in 2007 at the Liverpool Tennis Tournament and were married four years later at Thornton Manor in Cheshire.

In October, Christine admitted she was “not fine” after separating from Paddy and thanked her fans on Instagram for checking on her.

“At the moment I’m not feeling completely 100 per cent myself so I probably will keep having little quiet times, but I am doing OK.”

How will ChatGPT affect the Web3 space? Industry answers-Pro Teachs