When captains Yash Dhull and Baba Indrajith walk out for the toss for a Ranji Trophy clash between two heavyweight cricket associations, Delhi and Tamil Nadu, they will do so with the hope of getting their campaigns back on track.

Like Tamil Nadu, which is by far one of the best domestic white-ball teams, Delhi have shown in recent times that they can do well in the Syed Mushtaq Ali Trophy and the Vijay Hazare Trophy. But in the Ranji Trophy, these two teams tend to underperform, especially when one factors in the resources the Delhi & District Cricket Association and the Tamil Nadu Cricket Association have.

These two associations regularly send players to the national side. If Shikhar Dhawan, Virat Kohli, Rishabh Pant and Navdeep Saini are around for Delhi, there’s R Ashwin, Washington Sundar and Dinesh Karthik for Tamil Nadu. So these two continue to nurture talent, and as they square-off in the third-round fixture, there is one other connecting point: both have chosen to invest in youngsters.

The hosts, who have just one point from two matches, will take the field without seamers Ishant Sharma, Saini, Simarjit Singh, Pradeep Sangwan, Mayank Yadav (all injured), while batsman Nitish Rana has been dropped for the next two matches.

Given the start they have had, this is the last thing Delhi would have wanted. But such is the schedule that there is only a three-day gap between matches, with one day spent on travelling, leaving players less time for recovery as temperatures reach single digits in the northern part of India. 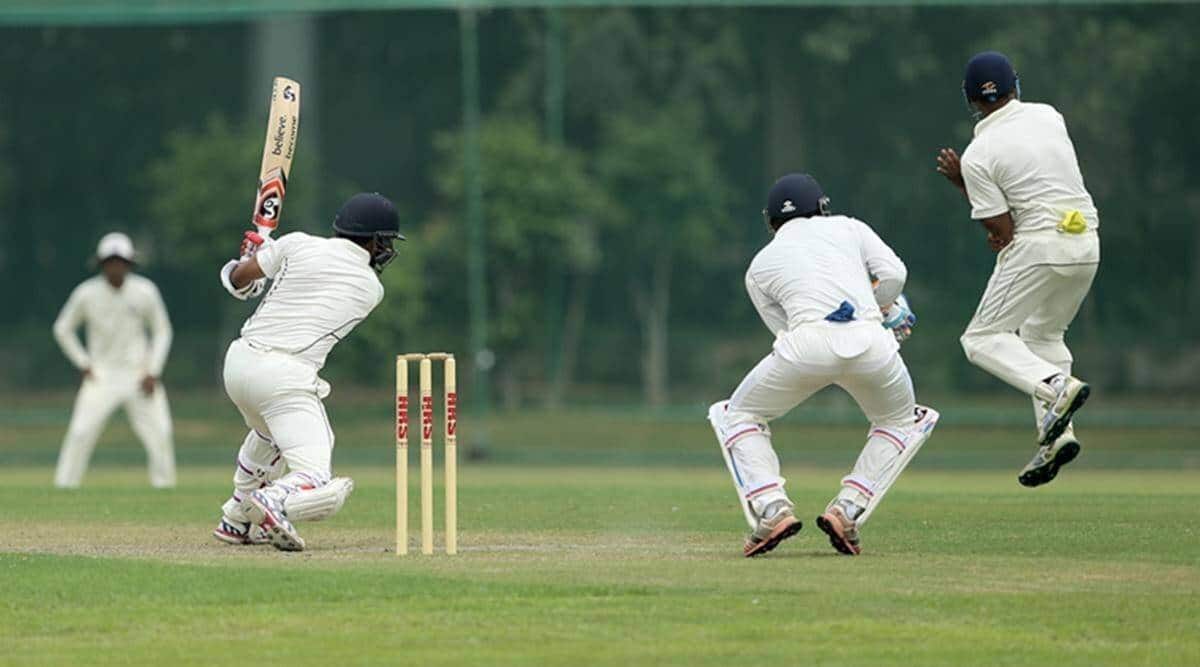 Given the context, the underdog tag will fit perfectly on Delhi. (File)

After losing their opening fixture to Maharashtra, Delhi missed out on a first-innings lead against Assam. While they will hope to bounce back against Tamil Nadu, the unavailability of key players will make it all the more difficult for 20-year-old Dhull.

Given the context, the underdog tag will fit perfectly on Delhi, but Tamil Nadu are in no mood to call themselves favourites going into the contest. After coming close to pulling off a stunning victory over Hyderabad in the first round, they lost to Andhra by just eight runs in Coimbatore last week. Having dominated the game for three-and-a-half days, one bad session cost them the match.

“It is a very important game no doubt,” Indrajith told The Indian Express. “Given what happened in the previous match, it is important we build again before we think anything too far ahead with regards to first-innings lead or an outright win.

“The focus is to go back and play the brand of cricket we want to play, like we did in the first match against Hyderabad and for the most part against Andhra. It is a process to do it on all four days and see where we are at the end of the match.”

More than the defeat, the manner in which it all unfolded for Tamil Nadu is bound to test their resolve and their ability to make a strong comeback. There is a possibility that Tamil Nadu might bring in pacer Aswin Crist in place of left-arm spinner Ajith Ram, but it is a call they will take only on Tuesday morning after taking one final look at the Arun Jaitley Stadium pitch.

“The defeat was disheartening because it is the kind of match that you should be winning. If you look at it, champion sides tend to find a way to win close games. You will have the odd defeat, where you are outplayed. But for me as a captain, winning those close games matters a lot. I hope we learn from our mistakes and don’t repeat them,” Indrajith added.

For Tamil Nadu, this round kickstarts a series of away games that will determine how far they go in the campaign. After Delhi, they face Mumbai in the first week of January before moving to Pune to play Maharashtra. Their last two matches are against Assam and Saurashtra at home.

And all said and done, there are a few positives so far for Tamil Nadu. For a side that has generally struggled to get 20 wickets, it has done so in successive matches, and if the batsmen buckle up, there is every chance they could turn the tide.

“We have to look at the positives as well, and as I said earlier, we are a team in transition. We have to be guarded. They say Delhi is not doing well and they don’t have their key players and it is the right time to play them, but we need to focus on ourselves.

“After the first game, they said good things about our run-rate and how we went about with our approach and after one defeat, questions were raised about the same. So for us, it is important to back our process and play,” Indajith added.