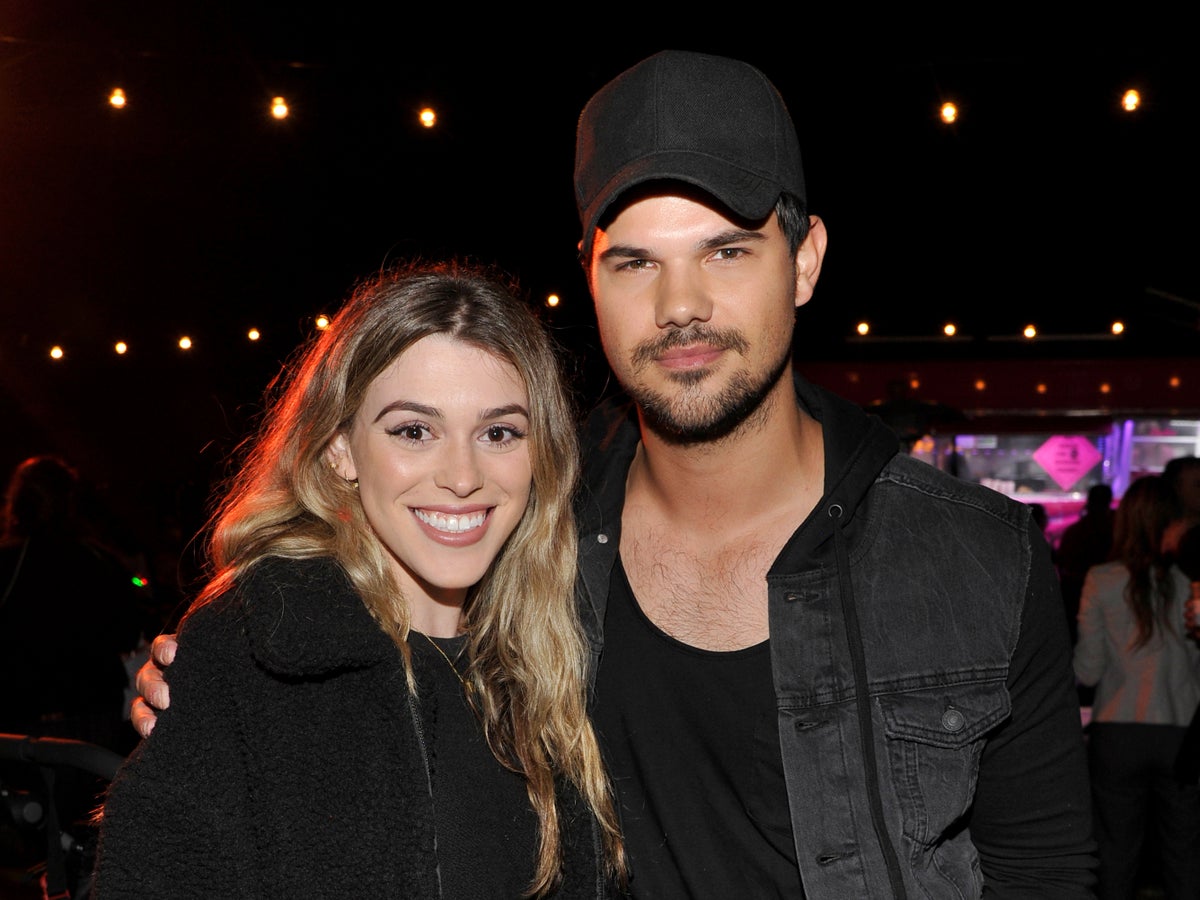 Lautner, 30, and Dome, 24, wed on Friday (11 November) at Epoch Estate Wines in California exactly one year after getting engaged.

The newlyweds exchanged vows just before sunset and were surrounded by 100 of their closest family and friends.

For the nuptials, Dome wore a sleeveless white gown with embroidered florals, and a matching floral embroidered veil. She wore her hair straight and held a bouquet of white flowers.

Earlier this year Lautner confirmed that Dome would be taking his last name once married. Speaking on The Kelly Clarkson Show, he said: “[I was] like, are you into this last name? Because we already share one name. So it’s gonna be extra complicated.”

Now that the pair are married, fans have reacted to the name change, with one person writing on Twitter: “Just saw Taylor Lautner got married to a girl called Taylor and she will take his last name. They haven’t thought this through properly.

“Just answering the phone will become a ball ache, they will open each other’s post, official records could get mixed up. It’s like a sitcom.”

Another Twitter user was more disappointed that Lautner was now off the market. “Well that’s Taylor Lautner [from] Twilight married now, the list of future ex-husbands grows ever shorter,” they joked.

A fourth commented that Taylor Lauter “had a real thing for Taylors”, referring to his past brief relationship with singer Taylor Swift in 2009.

Lautner and Dome got engaged on 11 November, 2021. At the time Lautner wrote on Instagram: “And just like that, all of my wishes came true.”