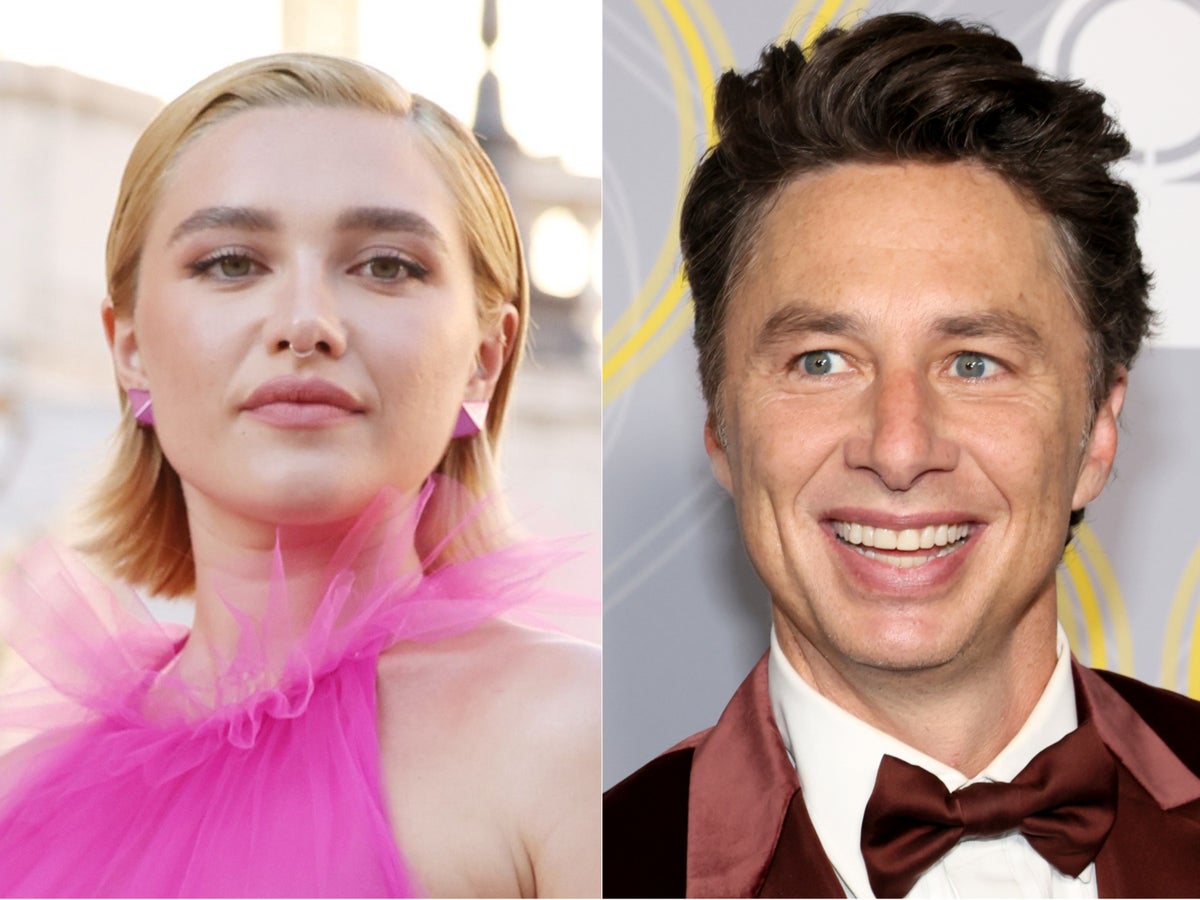 Florence Pugh has joked that she would “bid” for a Zoom call with ex-boyfriend Zach Braff.

The actor, 26, commented on Braff’s, 47, Instagram post that called for eBay bids for a Zoom call with himself and former Scrubs co-star, Donald Aison.

“Bid on eBay for a 30 minute Zoom with @donald_aison and me,” Braff wrote, adding: “ALL proceeds go to build specially-designed homes for severely wounded veterans via Homes For Our Troops. LINK IN BIO!!!!!!”

Commenting on the post, Pugh, who confirmed that she and Braff had split after three years of dating in August, said: “I’m deffo bidding on this.”

Braff replied: “@florencepugh I’m certain you could get this for free, but it is a very good cause for veterans….”

In a now-deleted comment, Braff replied with an unimpressed emoji face.

It is the first public interaction between the pair since their break-up was confirmed. Speaking to Harper’s Bazaar in August, Pugh said: “We’ve been trying to do this separation without the world knowing, because it’s been a relationship that everybody has an opinion on.

“We just felt something like this would really do us the benefit of not having millions of people telling us how happy they are that we’re not together. So we’ve don’t that.”

Pugh added that she “automatically gets a lumpy throat” when she talks about it.

In October this year, Pugh told podcast The Cultural Life that Braff told her to never read comments about her relationships or career online.

“Inevitably you’re going to find something that hurts you. So, sadly, it’s the hardest thing to do but you can’t engage. You can’t look,” she explained.

“I don’t think that people, just because they have this job, that every aspect of their life should be watched and written about. We haven’t signed up for a reality TV show.”