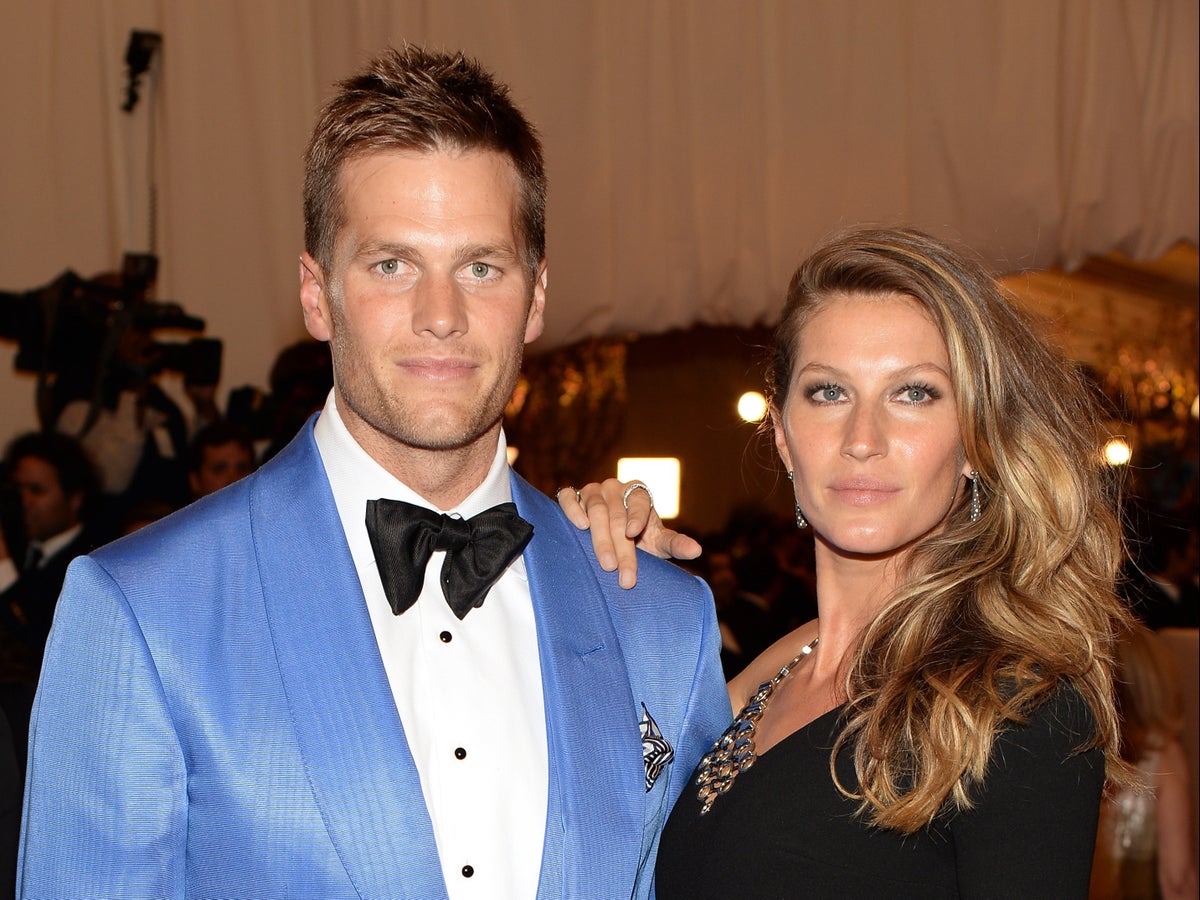 On Tuesday, the 42-year-old model left a cryptic comment on an Instagram post shared by author and former monk Jay Shetty, which criticised “inconsistent” partners in relationships. The quote read: “You can’t be in a committed relationship with someone who is inconsistent with you. Read that again.”

Shetty added in the caption of the post: “Love is a daily effort. Some days it may come easier than others and that’s okay, but what should always stay consistent is the respect and admiration you have for your partner’s values and goals.”

Bündchen appeared to express her agreement with the life coach’s message about inconsistent partners in the comments section, where she left a single praying hands emoji.

The cryptic comment comes amid reports that the former Victoria’s Secret model and the NFL quarterback have hired divorce lawyers. On 4 October, sources told Page Six that the couple had an alleged fight about Brady un-retiring from the NFL earlier this year, and claimed that the “argument” hurt their relationship.

The source also made claims about their joint finances, adding: “I don’t think there will be any coming back now. They both have lawyers and are looking at what a split will entail, who gets what and what the finances will be.”

The supermodel was also recently spotted without her wedding ring, when she took her children to a gym class in Miami last Tuesday. Bündchen and Brady share two children: son Benjamin, 12, and daughter Vivian, nine. The football star is also a father to 15-year-old son Jack, who he shares with ex Bridget Moynahan.

Bündchen’s 13-year marriage to Brady first made headlines in September, when rumours circulated that the model was upset about his decision to un-retire from football, after previously announcing he was leaving the NFL in February 2022. Just one month later, Brady revealed he would be returning to the NFL for a 23rd season to play with the Tampa Bay Buccaneers.

In May, Bündchen spoke candidly about her plans for the future in an interview with Elle, where she said she’s “done [her] part” in supporting her husband’s football career. The model also explained that she feels it’s “[her] turn” to focus on her own goals and passions.

“I’ve done my part, which is [to] be there for [Tom]. I moved to Boston, and I focused on creating a cocoon and a loving environment for my children to grow up in and to be there supporting him and his dreams. Seeing my children succeed and become the beautiful little humans that they are, seeing him succeed, and being fulfilled in his career – it makes me happy,” she said. “At this point in my life, I feel like I’ve done a good job on that.”