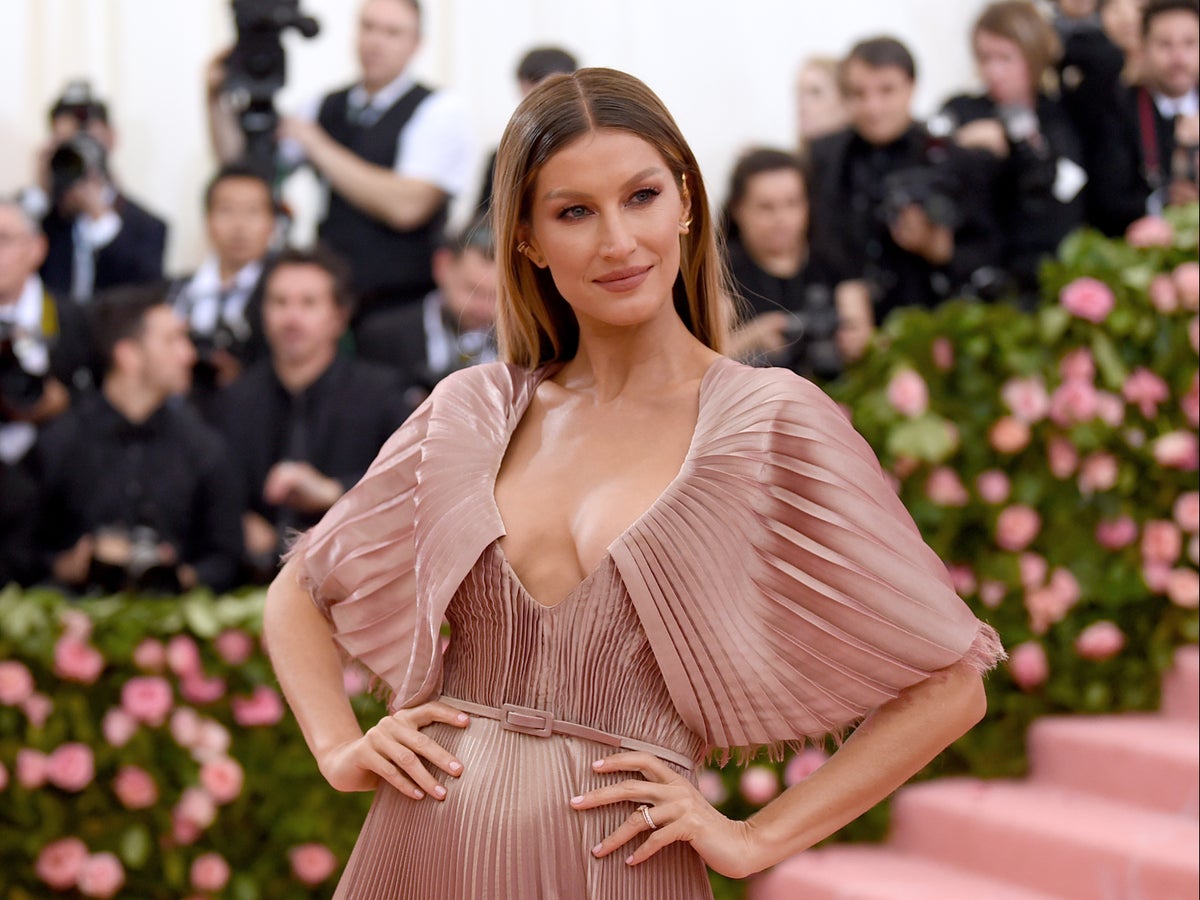 Gisele Bündchen has been spotted with a new man following her divorce from Tom Brady.

The Brazilian supermodel, 42, was seen having dinner with jiu-jitsu instructor Joaquim Valente and her two children in Costa Rica on Saturday, 12 November.

According to pictures obtained by Page Six, Bündchen and Valente were spotted leaving Koji in Provincia de Puntarenas with Valente’s brother, Jordan, and Bündchen’s two children, Benjamin, 12, and Vivian, nine.

Although the Victoria’s Secret model recently finalised her divorce from NFL star Tom Brady, multiple sources have confirmed that the evening was not romantic. “Gisele and Joaquim are not dating,” one source told Entertainment Tonight. “Joaquim and his brother, Jordan, are Gisele and her son’s martial arts teachers. Jordan and Joaquim were both there with Gisele in Costa Rica.”

Another source told TMZ that the two are not dating, and that there were “six adults and eight children” at the Costa Rican getaway. However, the outlet also reported that those close to Brady are questioning “why this Miami guy is in Costa Rica” with Bündchen, adding, “It always seemed weird she just one day abruptly ended the marriage.”

Bündchen and Valente are rumoured to have known each other for at least a year. In February, the model shared on Instagram that she was taking self-defense classes with Valente and his brothers in Miami. “I believe the more tools we have in our toolbox the better. I feel stronger, more confidence and empowered since I started practicing self-defense,” she captioned a video of herself showing off her new jiu-jitsu moves. “I feel it’s an important skill for all, but specially for us women. Thank you @ValenteBrothers for being awesome teachers and for making training so much fun. I am looking forward to keep improving. Let’s go!”

Last week, the Valente brothers shared images from a recent photoshoot they did with Bündchen for Dust magazine.

Gisele Bündchen and Tom Brady announced they decided to end their 13-year marriage on 28 October, finalising their divorce just hours later. The separation comes after much speculation the model was upset with Brady’s decision to unretire from the NFL in March 2022, after he previously announced his retirement in February of this year.

“In recent days, my wife and I finalised our divorce from one another after 13 years of marriage. We arrived at this decision amicably and with gratitude for the time we spent together,” the 45-year-old athlete wrote in an Instagram statement. “We are blessed with beautiful and wonderful children who will continue to be the centre of our world in every day.”

According to People, the couple agreed on joint custody of their children. The couple are parents to their two children, Benjamin and Vivian, while Brady also shares son John, 15, with ex Bridget Moynahan. “We will continue to work together as parents to always ensure they receive the love and attention they deserve,” he said in the statement.

Brady added that he and Bündchen arrived at the decision to end their marriage “after much consideration,” but they “wish only the best for each other” as they pursue “whatever new chapters in our lives that are yet to be written.”

Meanwhile, Bündchen posted her own statement to social media, writing: “With much gratitude for our time together, Tom and I have amicably finalised our divorce. My priority has always been and will continue to be our children whom I love with all my heart. We will continue co-parenting to give them the love, care and attention they greatly deserve.”

The supermodel acknowledged that the decision to end a marriage is “never easy,” but that she and Brady have “grown apart”.

“And while it is, of course, difficult to go through something like this, I feel blessed for the time we had together and only wish the best for Tom always,” she continued. “I kindly ask that our privacy be respected during this sensitive time.”