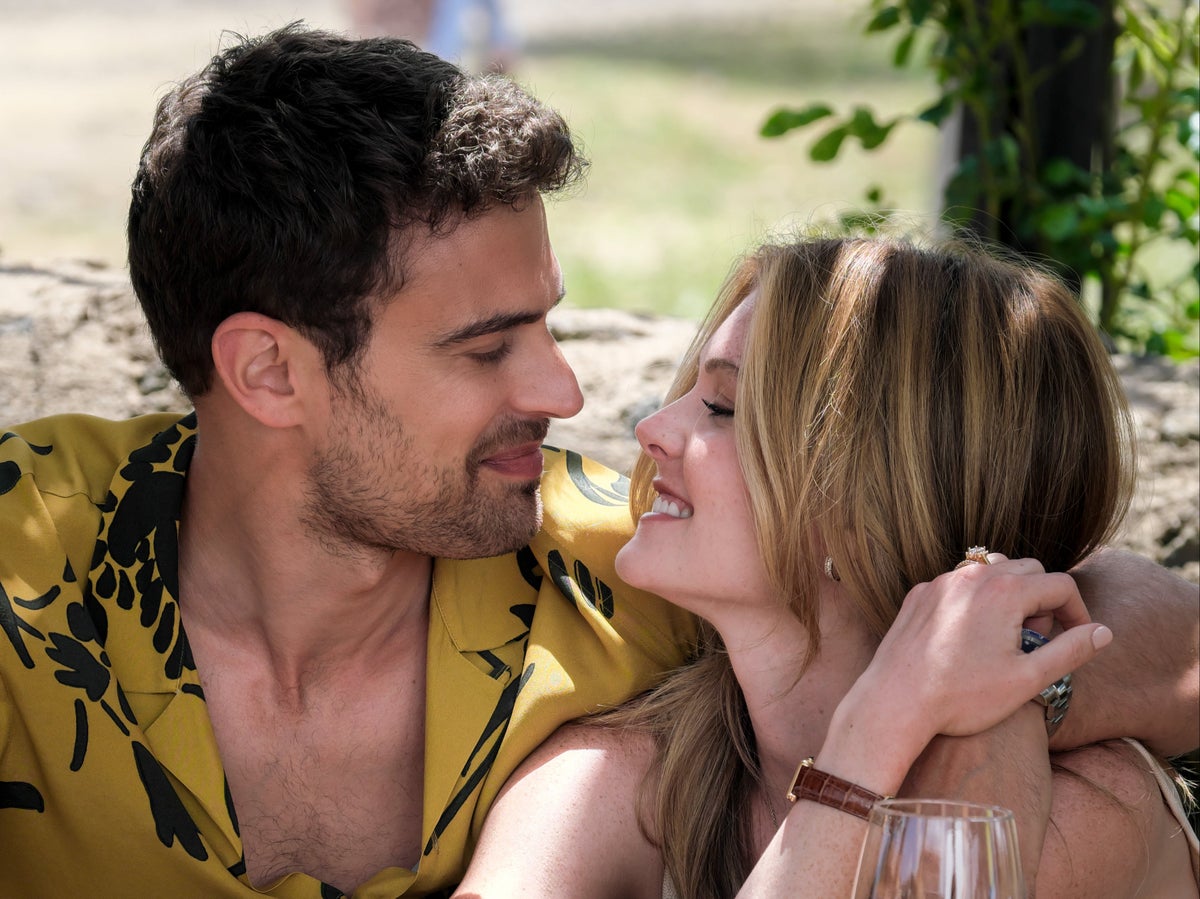 Of all the ways to improve a relationship, infidelity isn’t exactly top of the list. Celebrities have been cancelled for it. Beyoncé wrote an entire album about it. It’s even one of the Ten Commandments, for Christ’s sake. And yet, in the second season of The White Lotus, the key to saving the show’s most troubled relationship is apparently the greatest romantic sin of them all: cheating.

In Mike White’s award-winning eat-the-rich satire – about wealthy holidaymakers at a sun-soaked luxury hotel in Sicily – cheating seemed to solve all of the marriage problems between smug, newly rich intellectuals Harper and Ethan, played by Aubrey Plaza and Will Sharpe. By contrast, the couple they’re holidaying with – Ethan’s high-on-testosterone college friend Cameron (Theo James) and his Ted Lasso-loving wife, Daphne (Meghann Fahy) – are all over each other, one nauseatingly effusive affirmation at a time.

As the series goes on, though, it becomes clear that Cameron and Daphne’s relationship is sustained by a “don’t ask, don’t tell” approach. It is implied that they both cheat on each other, whereas Harper and Ethan pride themselves on honesty.

This all starts to fall apart, though, when Ethan kisses a sex worker and then becomes fixated on the idea that Harper and Cameron have slept together. Worn down by her husband’s paranoia, Harper eventually confesses that Cameron has kissed her. Further scenes lead us to believe that Ethan and Daphne may then have had their own fling with each other out of revenge. The craziest part, though, is that for Harper and Ethan, this endless suspicion acts as a defibrillator for their ailing relationship, resulting in their only sex scene.

For most couples, cheating is the ultimate deal-breaker. But for a select few, as Daphne says, it “keeps things interesting”. Could she be right? Could cheating on your partner generate a frisson so electric that it reignites your existing relationship? Such an arrangement is hardly conventional – and of course, having a relationship based on games and lies won’t work for most people – but reframing societal views around cheating is becoming increasingly common in contemporary relationship discourse.

Consider world-renowned relationships therapist Esther Perel, whose 2017 book, The State of Affairs: Rethinking Infidelity, called for a more compassionate approach to cheating – one that allows for greater understanding of why people cheat, and an acknowledgement that “the intricacies of love and desire don’t yield to simple categorisations of good and bad, victim and culprit”. Expanding on this, Perel also famously once said that “happy people cheat”. It was – and still is – a groundbreaking thesis that goes against everything we’ve been taught about love. But maybe there’s something to it.

“Cheating is such a loaded word and can often polarise our opinions in a way that doesn’t allow for a more nuanced way of thinking,” says Holly Roberts, a counsellor at Relate. “People sometimes ‘cheat’ when something is missing from themselves or their relationship, or they may be seeking an emotional need that they are not able to give themselves.” But there can be positive outcomes from this. “Cheating could enable a person to get this emotional need met, which could help them feel fulfilled and thus make them happier in general.”

This certainly seems to be the case for our White Lotus couples, who leave Italy after their infidelities looking more loved-up than ever before. Honesty has often been hailed as the benchmark for healthy relationships – but perhaps this isn’t always the case.

“There may be some instances where [honesty] isn’t helpful,” explains relationship psychologist Dr Madeleine Mason Roantree. “For example, there are couples who have an agreement that it’s OK to have sexual transgressions, and that they are not to tell each other about them.” For couples like this, other things are bigger priorities. “They might value the commitment aspect of the relationship – that is, the structural and functional aspect of a marriage, for example – higher than emotional fidelity,” she adds.

It’s a concept that’s slowly being embodied by contemporary relationship trends. Take ethical non-monogamy (ENM), a term that is used to describe multi-partner relationships where everyone is fully aware and accepting of this new way of loving. It’s becoming incredibly popular, too, with more than one in five people in the US having been involved in an ENM relationship. It has also become an option for mainstream dating-app users, with Hinge recently introducing ENM as one of the “relationship types” users can say they are looking for.

“In most romantic relationships there is an expectation of monogamy,” says Dr Mason Roantree. “When this expectation is breached, a sense of loss and rejection is felt, compromising trust between the partners, which in turn leads to a breakdown of the relationship.” However, perhaps the secret for some couples, like Daphne and Cameron, is to free yourselves from that expectation altogether. “It can be hard for our partners to be everything we want them to be: a best friend, a lover, a playmate, our caretaker,” says Roberts. “Sometimes having additional partners can be a way of meeting these needs.”

It’s important, too, to understand why cheating causes issues in relationships. Because it’s not as simple as one partner sleeping with another. “It’s helpful to not think in such absolute terms, such as cheater equals perpetrator and cheated-on equals victim,” says Roberts. “This can lead to blame and perhaps demonisation of the person that cheated. If we think this way then it becomes the cheater’s responsibility to ‘atone for their sins’ and the victim is left blameless. Thinking like this doesn’t allow us to understand why the cheating happened, and what role both people may have played in the deterioration of the relationship.”

At the same time, she adds, you must be conscious of the fact that, for many, cheating is unforgiveable. “It’s about betrayal,” says Roberts. “A lack of trust really interrupts us being able to be emotionally vulnerable with another person, which can lead to a sense of disconnection and coldness.” This will lead to growing tension and resentment. “We put barriers up to protect ourselves from the rejection of our partner. We might not feel able to get close to our partner that has cheated. This can quickly break a relationship apart.”

However, in an ENM relationship, or a variation of it similar to what Daphne and Cameron have, betrayal is not really an issue, because sleeping with other people outside of your relationship is an accepted, and mutually agreed, term.

Of course, this won’t work for everyone. And it can take a great deal of unlearning in order to get to a place where monogamy is no longer the default state in a relationship. But if The White Lotus teaches us anything about love, it’s that there’s more than one way to think about cheating. And as our great oracle Daphne says, if opening your mind means you’re not a victim, well, that could be something worth considering.