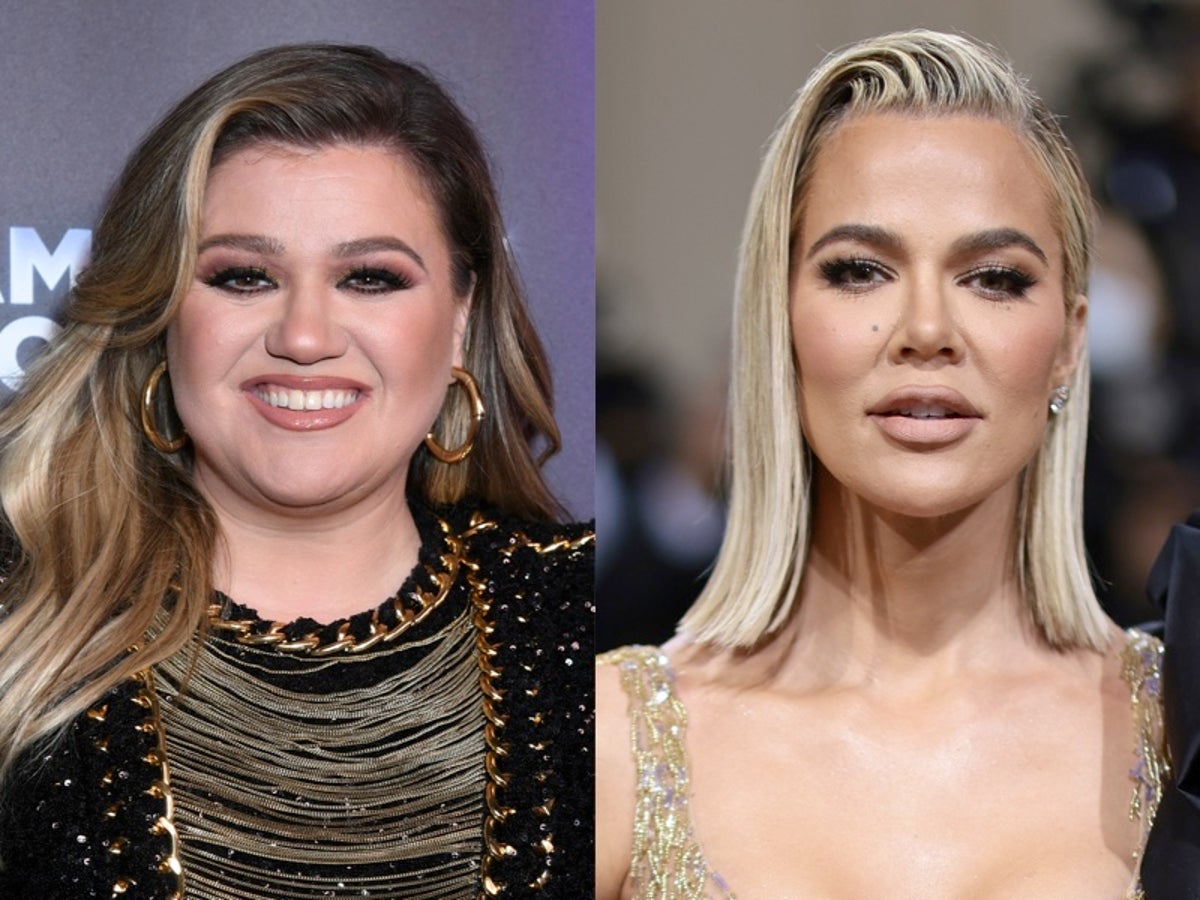 The Kardashians star appeared on The Kelly Clarkson Show on Thursday (27 October) where she discussed her split with NBA player Tristan Thompson, her surrogacy journey, and being a mom to her baby boy.

In the second season of Hulu’s The Kardashians, viewers have watched as Kardashian and Thompson go through many ups and downs in their relationship, leading to their eventual breakup. While discussing Kardashian’s relationship with the basketball star, Clarkson hinted to her own divorce from Blackstock.

“You shared this season that you’re training yourself to unlove your ex, Tristan. How’d you do that? Asking for a friend,” Clarkson told the Good American founder. She admitted that it’s “the most ridiculous thing” when friends urge someone to quickly move on from a breakup, adding, “I think I might always still love that person. I don’t know if that goes away.”

Kardashian agreed that those feelings don’t necessarily go away, and pointed to her own marriage with ex-husband Lamar Odom as an example. “I don’t think it goes away,” she said. “My ex-husband, I genuinely still love and I want the best for him and I’m rooting for him. We all, I think, just change or evolve or you know that sometimes it’s just not a right fit for you.”

“When I said I’m learning how to unlove Tristan, I think people, whether it be family or friends or anyone that you’re telling your story to, they’re like, ‘Ok, so move on,’” she continued.

Kardashian also explained how it’s difficult to unlove an ex after you had built a daily routine together. “Even the habits that you built, the repetition, the routine,” she said. “When something good happened, I would call Tristan. Any little thing, I would share my life with him.”

“So, learning to just reprogram myself,” Kardashian admitted. “I know that this isn’t the right thing for me and I need to slowly heal and move on, but it doesn’t happen overnight.”

Khloe Kardashian, 38, and Tristan Thompson, 31, have had an on-again off-again relationship since 2018, after Thompson cheated on Kardashian days before the birth of their now four-year-old daughter, True Thompson. The pair rekindled their romance in October 2021, but Kardashian learned two months later that Thompson had fathered a child with fitness instructor Maralee Nichols.

Despite the cheating scandal, Kardashian welcomed her second child with Thompson in August via surrogate. In The Kardashians, viewers learn that the decision to conceive their baby boy took place before the reality star discovered that Thompson had fathered another child.

The singer reportedly agreed to paying a one-time settlement of $1.3m, in addition to monthly child support payments of $45,601.

The Voice judge has previously opened up about her divorce from Blackstock, claiming that it was the “hardest thing to navigate” in her life.

“It’s been the hardest thing to navigate,” she said on The Global Chart Show with Brooke Reese in July. “I’ve never had this difficult of a project. It’s one of those things where I’m a human and I’m going through something huge. Obviously, everybody knows, like, a big, huge divorce I went through.