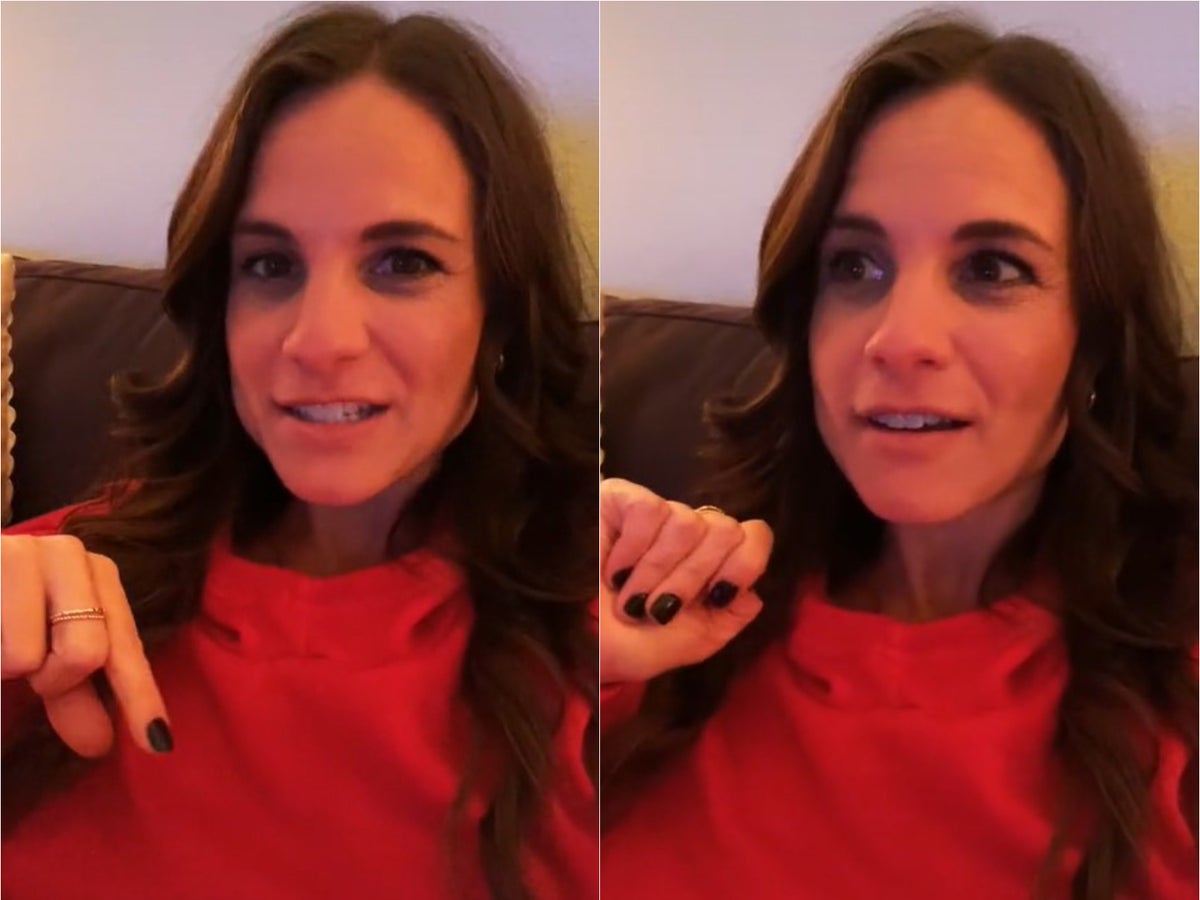 A formerLove Is Blind contestant has cleared up some confusion around the timeline of the show, and how long couples get to know one another before they become engaged.

Kelly Chase, who appeared on season one of the popular Netflix series, also revealed that the women do not get to choose their own engagement rings.

The dating show sees 30 single men and women spend 10 days in “pods” getting to know each other, without ever seeing how they look. At the end of those days, the couples with the strongest romantic connections become engaged.

In a video shared to TikTok, Chase replied to a comment asking about what happens to couples on the show who “get engaged really quickly”.

She revealed that all of the couples get engaged on the exact same day, despite how it might appear on the show.

“As you’re getting closer to day eight or nine, you’re eliminating people you’re not having a connection with. And you get down to your top three,” Chase said.

“And then everyone gets engaged on that one day. And then the next day is the big reveal day,” she added, referring to the first time the engaged couples meet.

“And then the couples separate and go back through their own door. You meet them [your partner] for 15 minutes – the person you just get engaged to – and then you don’t see them again for a few days. It’s crazy.”

Chase also revealed that the men have some limited input in choosing the engagement ring.

“The guys are given three rings to choose from, and that’s that,” Chase said.

One TikTok user asked Chase for further clarification: “So when they show a couple getting engaged super-fast it’s actually on day eight or nine?”

The video has been well received by viewers, after social media was inundated with questions about the timeline of the show.

“Can someone please explain the timeline in Love Is Blind season three because people are here saying I love you in the first 40 minutes of the FIRST EPISODE and it’s not making sense to me,” one Twitter user wrote.

Another said: “I do wish they gave a timeline of how much time passed before the proposals.”

“I want love is blind to tell me what day it is, like you unpacked your bags on Monday, we talked for the first time on Wednesday, I said I love you on Saturday, we’re walking out of here Sunday night? Like I want a chronological timeline,” a third person said.