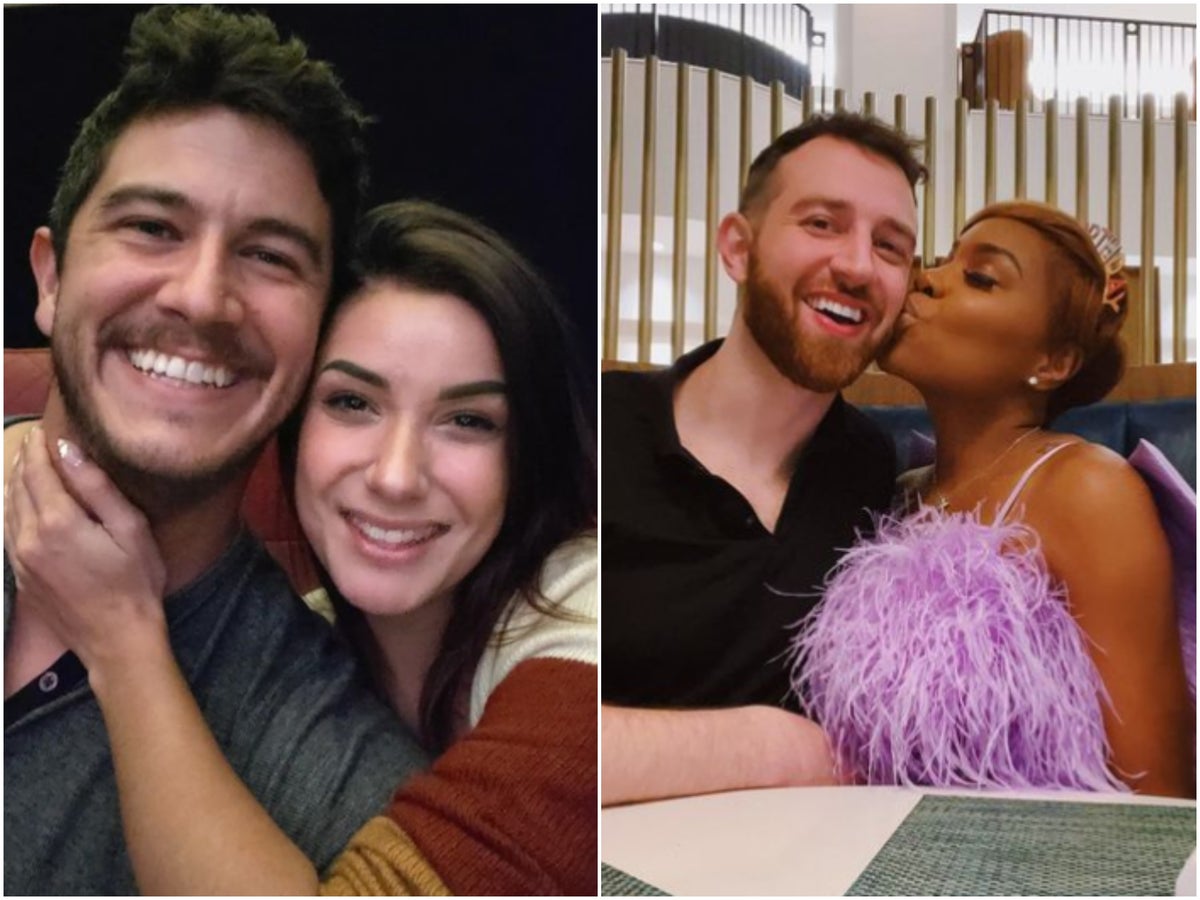 The third season of Love Is Blind has officially dropped on Netflix and the drama has already been wild, to say the least.

Since the first four episodes of season three premiered on Wednesday 19 October, viewers have already seen five couples get engaged after forming relationships in the pods. However, previews for the upcoming episodes hint that things may not be smooth sailing for the potential newlyweds.

The first season dropped in February 2020 and saw 30 men and women form deep connections over the space of 10 days while speaking to, but not seeing, each other in “pods”.

This resulted in six couples getting engaged, with the goal to decide whether or not to commit to marriage by the end of the season — all in less than two months.

Of the couples who made it past season one’s post-engagement vacation (a trip which saw Carlton Morton and Diamond Jack split), who’s still together? Only two pairs are still going strong.

The fan favourite from the start, Lauren and Cameron were the first to fall in love, get engaged and see each other face-to-face for the first time post-engagement.

Their relationship continued to get stronger throughout the series, and the pair both said “I do” in the final episode.

In November 2021, the couple celebrated their third wedding anniversary – and Lauren’s 34th birthday – by sharing sweet tributes to each other on social media. “Happy birthday to my best friend!” Cameron captioned a smiling selfie of the couple. “Thank you for marrying me on your birthday three years ago. As someone once said, ‘I am your gift’ but it was really like my birthday because I’ve found happiness with you that I never had before. I love you and the person you are”.

Since season one, the two have launched a YouTube channel together, called Hanging With the Hamiltons, and even co-wrote a book together, titled Leap of Faith.

Giannina and Damian’s relationship was very up and down during their season, with it resulting in Damian saying “no” when the pair reached the altar and Giannina running off in tears.

However, the pair did get back together following the split, with Giannina telling E!Online that she reached out to Damian in March 2020. “After everything went down, I reached out to him [Damian] because I just wanted to see where we stand,” she said at the time.

The pair continued their on-again, off-again relationship until the Love Is Blind reunion, which aired in July 2021. Here, in a weird reality TV-crossover, Damian brough Too Hot To Handle’s Francesca Fargo to the cast’s reunion. It was later revealed that Giannina and Damian had split for good.

These days, Giannina is dating The Bachelorette and Bachelor in Paradise alum, Blake Horstmann. Giannina revealed their relationship status in June when she posted a series of photos of the couple to Instagram. “my worst kept secret,” she captioned the post.

Meanwhile, Damian appears to be living the single life.

It was clear that Kelly and Kenny wouldn’t last when, on the morning of their wedding, Kelly said: “I don’t know if I’m 100 per cent in love with him [Kenny]… that love that I had for my ex-boyfriend, I don’t have that crazy infatuation for that man.” Ouch.

Needless to say, the pair didn’t get married on the show and haven’t reconnected since.

Kelly is an entrepreneur and podcast host and has caught up with some of her other cast members a few times. Meanwhile, Kenny married his girlfriend Alexandra Garrison in April 2022.

Jessica and Mark faced a series of trials and tribulations during their short-lived romance, with Jessica still crushing on fellow contestant Matt and harbouring concerns about their 10-year age gap.

Ultimately, Mark was on board with the romance and said “I do” at the altar, to which Jessica replied: “I cannot.”

Both Jessica and Mark have since moved on, with Jessica marrying boyfirend Benjamin McGarth in September. Batten and the California-based doctor eloped nearly one year after getting engaged.

Mark, on the other hand, married his longtime fiancée, Aubrey Rainey, earlier this month. The couple also share two children together, Ace and Axton, both less than a year old.

After some initial drama, if there was one couple determined to say “I do” at the end of the first season, it was Amber and Matt.

Amber said at the time: “Considering where I was in life before I came into this experience, I would never have guessed I’d be in a wedding gown right now, with a ring on my finger, and whole new last name. I wouldn’t have believed it!”

Two years on since the show aired, the couple regularly post pictures of each other on Instagram and in the Love Is Blind reunion revealed that they are potentially thinking about starting a family. Watch this space.