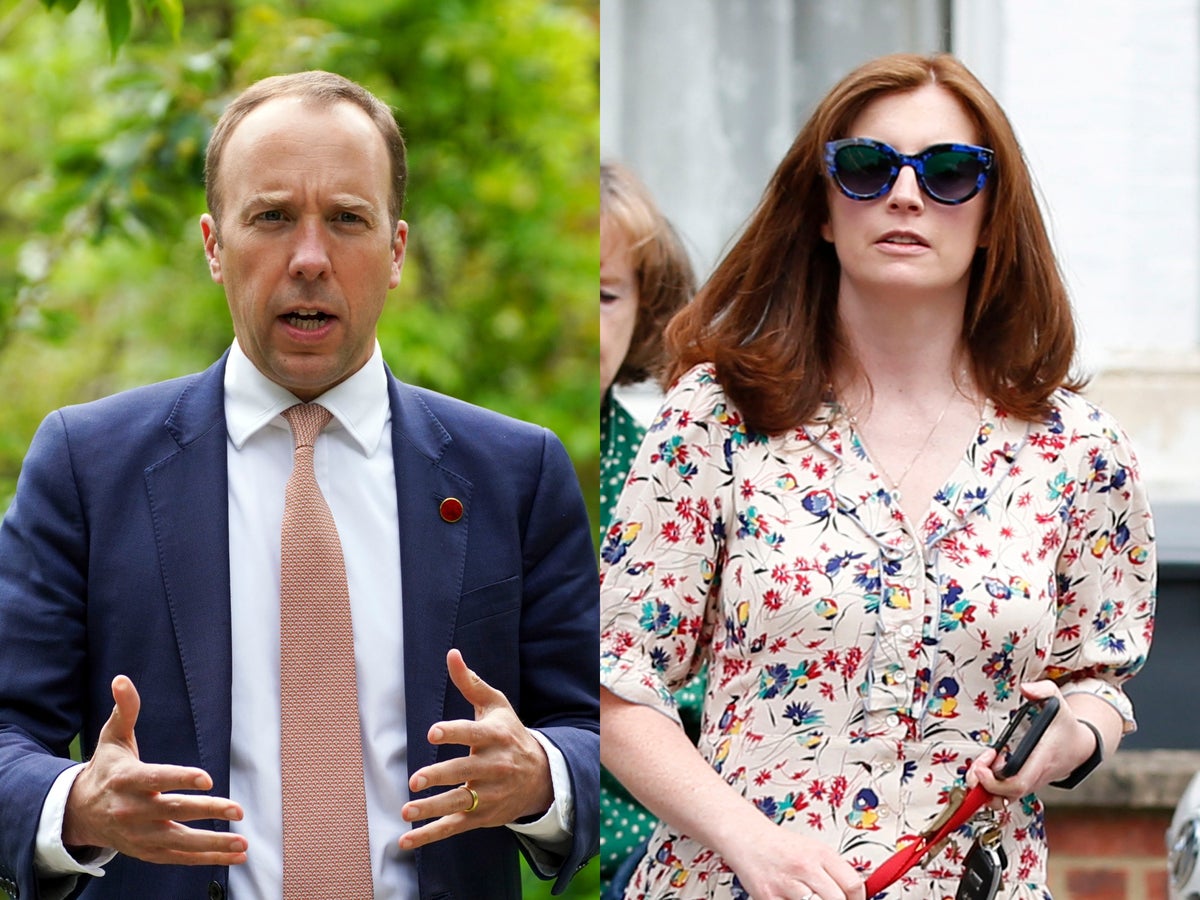 Matt Hancock has said that telling his ex-wife Martha Hoyer Millar about his affair before it was publicised was the “worst conversation” he has had in his life.

The former health secretary, who resigned after his affair with aide Gina Coladangelo became public, recalled the aftermath that followed after he was told that details of the extramarital relationship would be published in The Sun.

Photographs of Hancock embracing Coladangelo in their workplace at a time when social distancing guidelines were still in place caused huge uproar as people accused him of breaking his own rules.

In a series of “pandemic diaries” for the Daily Mail, Hancock wrote that he received a call from The Sun editor Victoria Newton telling him that they were about to publish the photos.

The MP – who recently appeared on I’m A Celebrity… Get Me Out Of Here! – said he “knew immediately what I had to do”.

“I needed to tell Martha right away, because it needed to come from me and nobody else,” he wrote. “I also knew I had to tell the children – it was going to be incredibly painful, but I couldn’t hide away from them forever.”

Hancock added that his family “deserved to know” about his affair before it came out in the newspaper.

“Having the health secretary for a husband or father during a global pandemic has been incredibly tough for the family, and I feel wretched,” he admitted.

The politician also denied that he had broken social distancing rules during his relationship with Coladangelo, because “nothing happened between us until May, after legal restrictions ended”.

After speaking with former prime minister Boris Johnson, Hancock claimed he was in “utter turmoil” as he returned to the home he shared with Martha to speak with her.

“It was – and remains – the very worst conversation of my life,” he wrote.

Hancock, who was suspended as an MP for joining I’m a Celeb, recently said that falling in love with Coladangelo meant his “political judgement was off”.

He hoped the British public would forgive him for a “human error” in starting his affair, which was a “failure of leadership”.

This week, Hancock also blamed infected care home staff for bringing the Covid virus into their workplaces, which resulted in the deaths of thousands of elderly people during the pandemic.

In an earlier entry of his diary for the Daily Mail, he wrote that only a small proportion of cases were caused by his decision to discharge patients from hospital without testing.