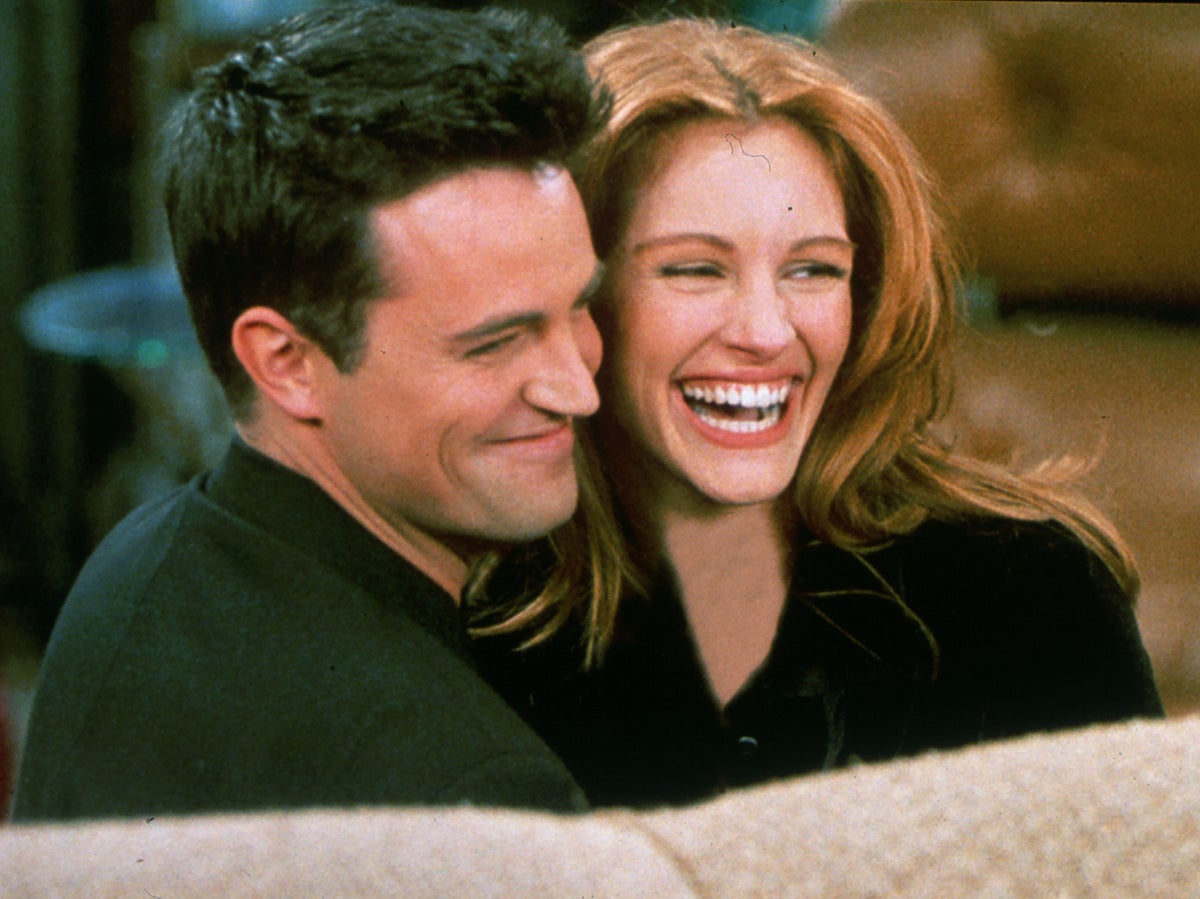 Matthew Perry and Julia Roberts courted each other via fax messages for three months before they began dating in 1995.

The pair became friends before Roberts’ guest appearance on season two of Friends and went on to date for six months before breaking up in April 1996.

In his upcoming memoir, Friends, Lovers and the Big Terrible Thing, Perry revealed he broke up with the “beautiful and brilliant” Roberts due to his own struggles with addiction and not feeling “enough” for her.

In an extract published by The Times, Perry recalled how the early days of their relationship started over fax in 1995, before the pair had met in person.

Perry and Roberts sent one another “hundreds” of daily faxes despite their busy schedules, with Roberts filming Everyone Says I Love You, while he was shooting Friends.

“But three or four times a day I would sit by my fax machine and watch the piece of paper slowly revealing her next missive,” Perry said.

“I was so excited that some nights I would find myself out at some party sharing a flirtatious exchange with an attractive woman and cut the conversation short so I could race home and see if a new fax had arrived. Nine times out of 10, one had.”

He described Roberts’ messages as “so smart” and that they made him feel as though “she was placed on this planet to make the world smile”.

Eventually, their exchange turned romantic, and Roberts shared her telephone number with Perry. He said their first phonecall lasted more than five hours.

Perry and Roberts met shortly afterward, and by New Year’s Eve of 1995 they were a couple.

Reflecting on their split in April 1996, Perry wrote: “Dating Julia Roberts had been too much for me. I had been constantly certain that she was going to break up with me.

“So instead of facing the inevitable agony of losing her, I broke up with the beautiful and brilliant Julia Roberts.”

Elsewhere in his memoir, Perry admitted that he asked out his Friends co-star Jennifer Aniston years before they were both cast in the sitcom.