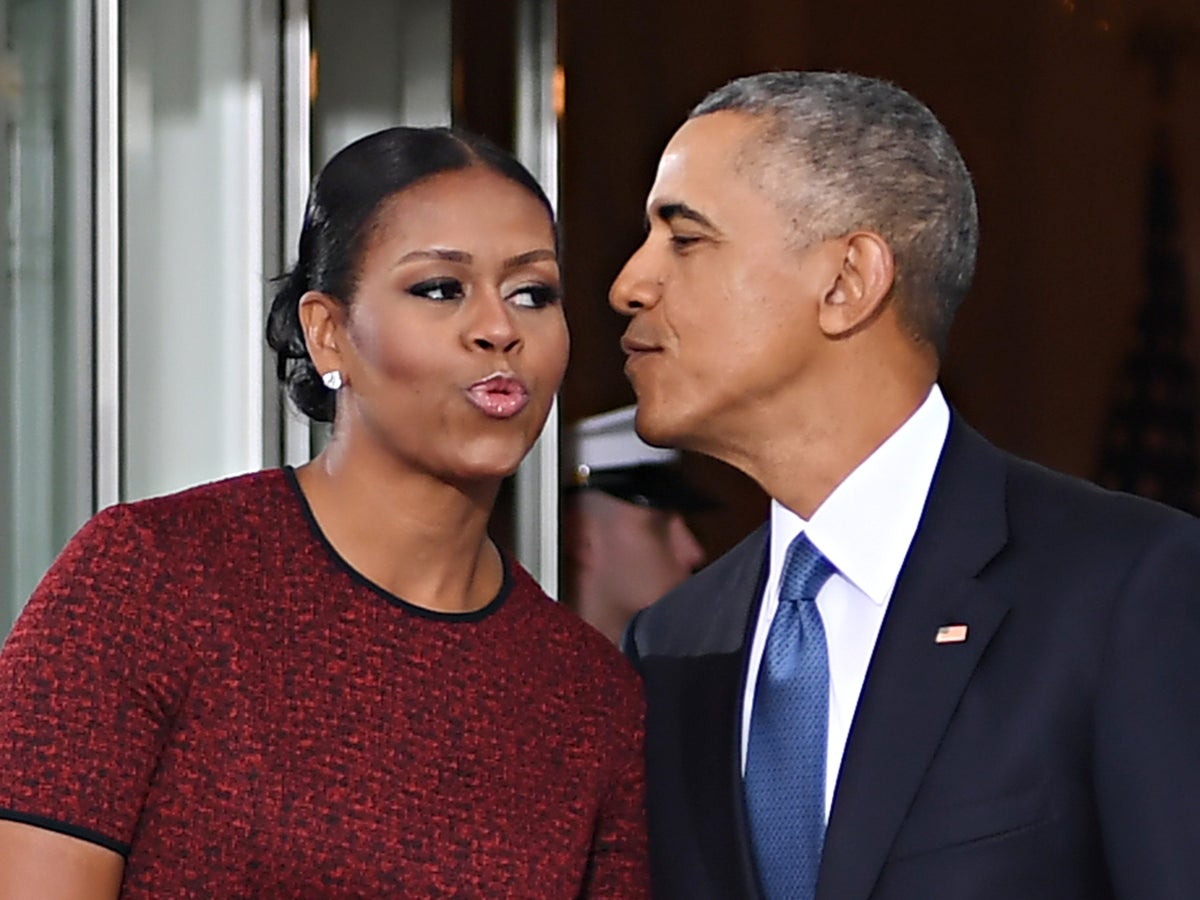 Michelle Obama has revealed the subtle way Secret Service agents react to her and Barack Obama’s public displays of affection.

The former First Lady, who appeared on The Kelly Clarkson Show on 20 December, described the romantic trip she and her husband, former US president Barack Obama, went on to celebrate their 30th wedding anniversary.

In October, the couple celebrated the anniversary milestone by recreating their honeymoon from 1992. After their wedding, the pair rented a car and drove along the west coast in California.

However, Obama admitted that this trip wasn’t quite the same considering they had “a motorcade and Secret Service” along for the ride.

“It was a little different but it was the thought that counted,” she added.

Although the Becoming author said to the Secret Service agents hired to protect the former president and first lady are like “family” to them, she did describe the men’s reaction whenever she and her husband kiss.

“They tend to turn away,” she told Clarkson. “They look away.”

In honour of their 30th wedding anniversary, the 44th president of the United States posted a photo of himself an his wife sitting on the beach, and another of the couple on their wedding day. The Instagram post also included an image of the phrase “Barack + Michelle” inside a heart written in the sand.

“Miche, after 30 years, I’m not sure why you look exactly the same and I don’t,” he began the caption. “I do know that I won the lottery that day—that I couldn’t have asked for a better life partner. Happy anniversary, sweetheart!”

On her Instagram, Michelle also shared a separate photo taken of the couple at the beach, along with the same image of their names written in the sand. The third image also included a black and white picture from their 1992 wedding.

In the caption, the Light We Carry author shared how “grateful” she’s been for her husband over the last three decades.

“Happy anniversary to the man I love! These last 30 years have been an adventure, and I’m grateful to have you by my side. Here’s to a lifetime together. I love you, @BarackObama!”.

Despite their long and happy marriage, Michelle Obama has explained that she doesn’t want her daughters to rush into marriage themselves. In November, the former First Lady opened up about her wishes for her daughters – Malia, 24, and Sasha, 21 – on the Tamron Hall Show.

“Too many young people are rushing to check the box of marriage before they even know who they are, and then they’re surprised when they pick the wrong person, or they don’t know how to struggle through hard times,” she said. ”I want my girls to spend some time with themselves to develop some skills to understand that they can make it with or without, that they can build their happiness with all the bells and whistles and they can be happy if they choose to only focus on their career, to never have kids. I want to make their worlds bigger for them.”

She added: “Happiness looks like a lot of different things. If we have chosen some alternative path, maybe getting married, maybe not, maybe never having kids, maybe focusing on careers, we feel somehow guilty about all those choices.”