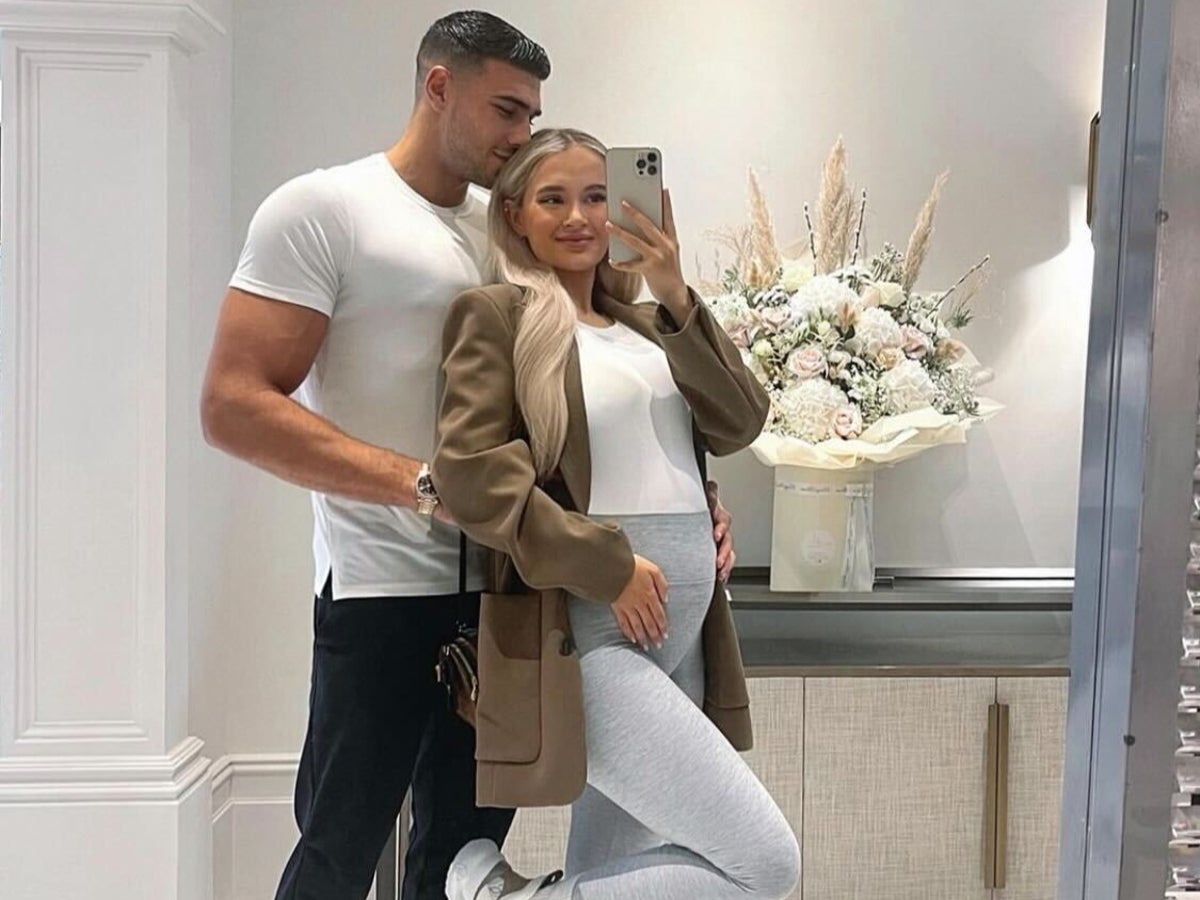 Fans of influencer Molly-Mae Hague are upset over her boyfriend, Tommy Fury, not spending enough time with her despite her being seven months pregnant.

In an interview shared on social media, the Love Island star said she and boxer Fury have mainly been communicating via FaceTime and he sometimes forgets she’s pregnant.

“People have these dream pregnancies where they’re always with their husbands doing baby shopping and cute things, and me and Tommy literally just communicate through FaceTime,” the 23-year-old said.

“Because he’s been away so much, he sometimes forgets. I’m like ‘you do understand I’m two months away… we’re going to have a child’,” she added.

Fury is a professional boxer who often spends months training, but fans of Hague have taken to social media to share their upset.

“I feel so sorry for Molly-Mae spending her pregnancy alone even though Tommy can easily afford to put his career on hold,” wrote one Twitter user.

“Primarily communicating via FaceTime when you’re significant other is pregnant is shameful sorry,” wrote another.

“I actually feel so sorry for Molly-Mae. Say what you want about her but no woman deserves to do their pregnancy journey alone. It’s a time for love and gentleness – not isolation,” shared another.

Others also questioned Hague for sharing such details about her relationship and pregnancy, while many stayed to her defence.

“Molly-Mae shouldn’t have said anything, this is how people will start assuming things in their relationship,” wrote one user.

“I don’t see anything wrong with Molly Mae being honest about her pregnancy a lot of other women go through it during pregnancy and they don’t know how to tell people because everyone is so fake about it! What she’s going through is actually common,” wrote another.

The couple, who met on ITV’s Love Island in 2019, announced in September that they were expecting a baby.

In a video shared on Instagram in October, the parents-to-be revealed they are expecting a girl and can be seen popping a balloon to reveal a bunch of pink confetti. Mother of a stranded tourist in Peru hopes her daughter makes it home for Christmas, as hundreds grounded amid protests Pro Teachs