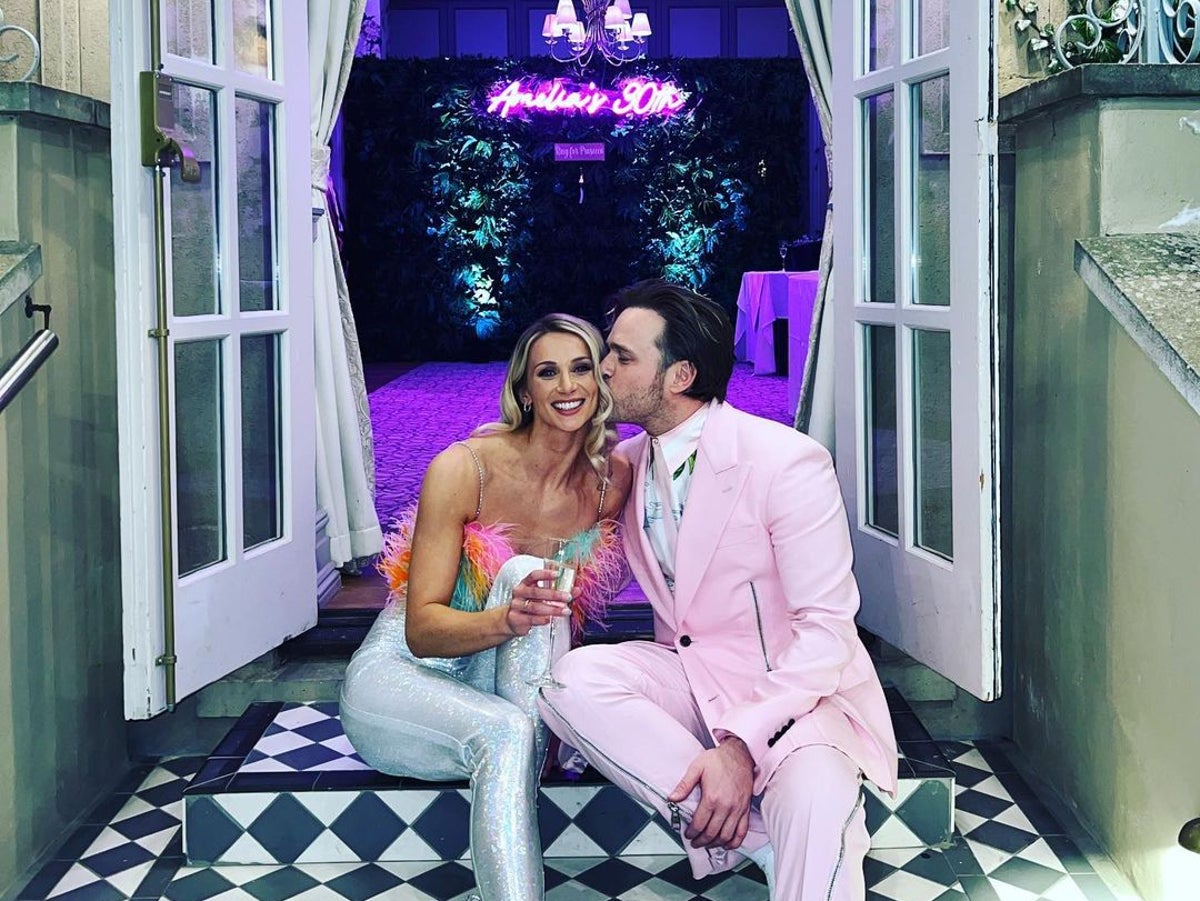 Olly Murs has revealed that his proposal to fiancée Amelia Tank involved a “slightly embarrassing” moment when he needed help getting back up from bended knee.

The singer announced his engagement to Tank, a professional bodybuilder and personal trainer, in June after three years of dating.

Speaking in detail about the day he proposed, Murs, 38, told The Sun that he got down on one knee, but added: “The only slightly embarrassing issue was she had to help me up after my recent knee operation.”

The “Dance With Me Tonight” singer underwent surgery on his knee after sustaining an on-stage injury while performing at Newmarket’s July Racecourse.

He said at the time that the injury “basically shut my leg down and during the gig I was limping the whole time”.

In his recent interview, Murs joked: “Fortunately, [Tank] said yes all the same, we couldn’t be happier.”

He also revealed that the couple want to get married in summer 2023, but added that this was “tricky” because they “only have a year to figure it out”.

“But it was the right time, it was perfect,” Murs said of the proposal. “Everything about me and Amelia is perfect, so it was really just a question of how can we make it even better?”

Murs popped the question while the couple were on holiday with Tank’s family to Plymouth.

He waited until they were on a clifftop with her relatives, and her brother took photographs as the pop star got down on one knee.

“It is lucky I didn’t start rolling as she wouldn’t have been able to catch me,” he quipped.

Announcing their engagement on Instagram, Murs posted a photograph of the pair embracing against a view of a valley and a lake behind them.

Tank confirmed the happy news on her own Instagram page with a video of her kissing Murs, and wrote: “Here’s to forever with you.”

Murs told New Magazine in February that he knew Tank was “the one” after their first holiday together in Morocco.

The couple spent two weeks “being solidly together” for the first time, and Murs said that after a few days, Tank said: “Yeah, this is kind of it now, isn’t it?”

“We both told each other that we loved each other,” he added. “When we came back from that trip, Amelia said, ‘I knew straight away that you were who I was going to spend the rest of my life with’, and I said the same.”