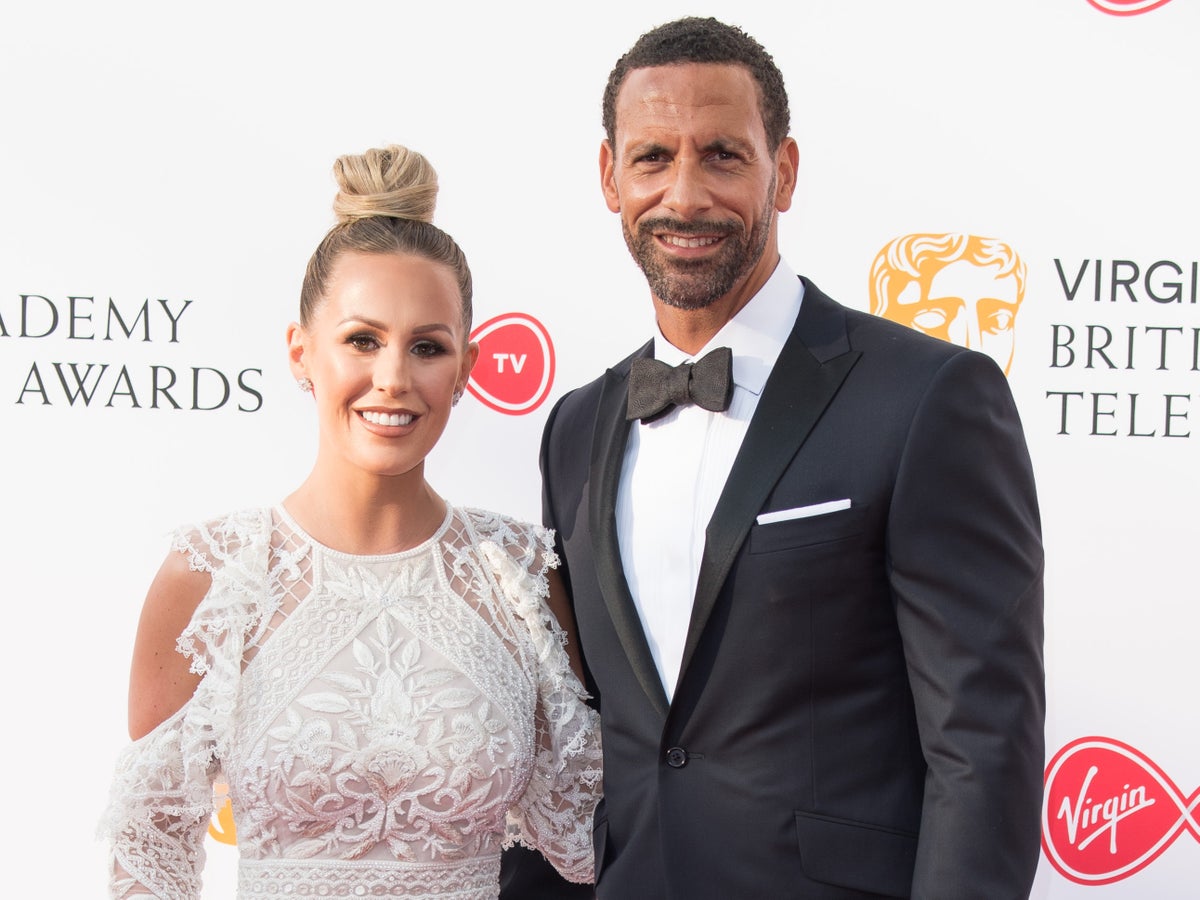 Rio Ferdinand has opened up about having “full-blast rows” with his wife, Kate because he often tries to solve problems for her instead of provding a listening ear.

The former England football player married Kate in 2019. The couple have a one-year-old son named Cree.

In a new interview with The Sun, Ferdinand discussed the differences between how he believes men and women communicate.

“My missus will tell me a problem that she’s got going on, and I talk about it from my point of view. Most men are like this, we try to help them solve the problem,” Ferdinand explained.

“And I end up having arguments with her. We only argue about stuff like this. We get into a full-blast row because you’re trying to solve it.”

He explained: “She says, ‘I don’t want you to solve my problem for me. I just want to be able to vent, and you listen, and just help me that way’.”

Ferdinand said he often feels like he doesn’t understand why Kate tells him about her problems when she isn’t seeking help.

“Men feel ‘don’t discuss it if you’re not trying to make a solution’,” Ferdinand said.

“What’s the point in discussing it if there’s no solution-based foundations of why you’re making that conversation’, which is probably the wrong way to look at it.”

The athlete believes this to be an added factor of why many men aren’t open about their mental health struggles.

Ferdinand’s first wife, Rebecca Ellison, died from breast cancer in 2015. The former Manchester United player said he did not tell his teammates about Rebecca’s illness or discuss how he felt because he previously thought showing emotion was a “weakness”.

“Young men in our generation, we were definitely brought up to have a stone face and a hard exterior. If you did have those feelings of vulnerability or emotions you better make sure you quash them quickly,” he said.