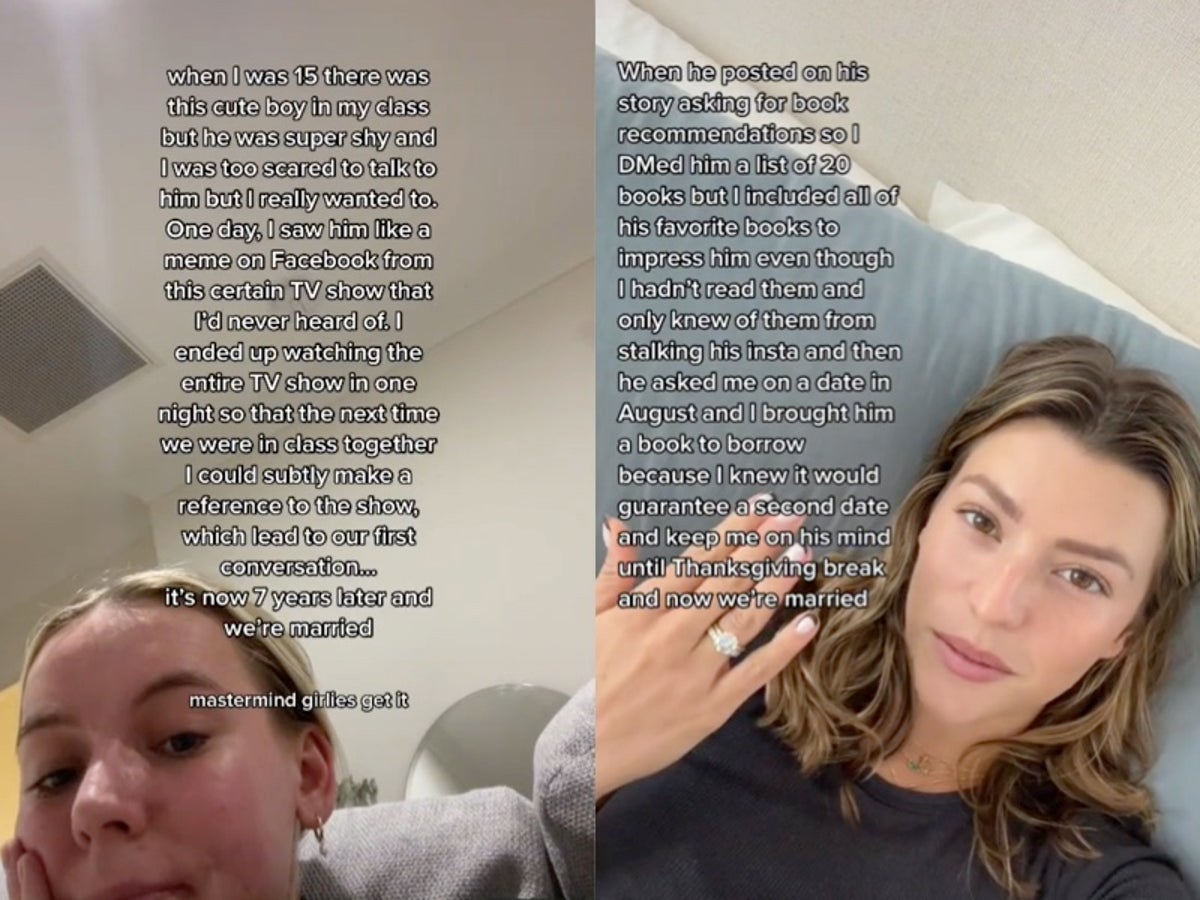 Taylor Swift’s song “Mastermind” off her latest album, Midnights, has inspired women to share the masterful ways they mind tricked their partners into dating them.

The 32-year-old singer-songwriter released her 10th studio album at midnight on 21 October, followed by an extended version, Midnights (3am Edition) just three hours later. Since then, Swift’s music has dominated both the charts and, unsurprisingly, TikTok.

More specifically, the album’s 13th and final track – titled “Mastermind” – has resonated with many TikTok users. In the song, Swift says: “What if I told you none of it was accidental? And the first night that you saw me, nothing was gonna stop me. I laid the groundwork and then, just like clockwork. The dominoes cascaded in a line. What if I told you I’m a mastermind? And now you’re mine. It was all by design. ‘Cause I’m a mastermind.”

The lyrics to “Mastermind” seemingly reference Swift’s six-year relationship with boyfriend Joe Alwyn, who she supposedly met back in 2016 at the Met Gala. It’s unclear whether Swift actually did mind trick her current boyfriend into dating her, but that doesn’t matter. TikTokers still took the lyrics and ran with them. Now, they’re sharing their embarrassing relationship stories and how they unconsciously got their partners to ask them out on a date.

As the song “Mastermind” plays in the background of each TikTok, these women reveal how they landed a date after stalking his Facebook page or memorising his class schedule.

TikToker @lyssielooloo says: “I found this band on Spotify that I loved so much that I listened to their songs 50 times a day for a month, and then I thought ‘Hey, the singer’s voice sounds raspy and hot’ and I looked him up and he was my dream man so I shamelessly played one of his songs on the background of my stories and tagged them and he messaged me about it and we planned a date so I memorised every word to all his songs and made very slight references to them on the date even though I told him I didn’t really know anything about his music and now we’ve been dating for two years.”

“When I was 15 there was this cute boy in my class but he was super shy and I was too scared to talk to him but I really wanted to,” started another TikTok from user Rachel. “One day I saw him like a meme on Facebook from this certain TV show that I’d never heard of. I ended up watching the entire TV show in one night so that the next time we were in class together I could subtly make a reference to the show, which led to our first conversation.”

One TikTok user, aptly named Taylor, stalked her current husband’s Instagram before their first date. “When he posted on his story asking for book recommendations so I DMed him a list of 20 books but I included all his favorite books to impress him even though I hadn’t read them and only knew of them from stalking his Insta and then he asked me on a date in August and I brought him a book to borrow because I knew it would guarantee a second date and keep me on his mind until Thanksgiving break and now we’re married.”

Not only has this newest TikTok trend inspired women to admit their mastermind ways, but some single girls are now thinking that maybe innocent mind games are the best way to begin a relationship.

“Me watching how all these women masterminded their crushes in the most jaw-dropping ways to secure the bag, now happily married for seven years and realising maybe I need to step my game up because they’re playing the most intense game of chess and I am merely walking by him a few times a week waiting for him to fall in love,” said user Madi.

“All of these stories of women scheming to get a boyfriend and still being in love years later reaffirms two theories I already had,” admitted TikToker Mia. “Men are f***ing stupid,” and, “I am not cut out for love because I would never go through all that effort.”

“Mastermind” isn’t the only newly-released Taylor Swift song that has people sharing their stories online. The bonus track “Bigger Than The Sky” off Midnights (3am Edition) is also being praised by people who have suffered a miscarriage. The lyrics for the song goes: “Goodbye, goodbye, goodbye/You were bigger than the whole sky/You were more than just a short time.

While Swift has not explicitly said that the song references a miscarriage, the lyrics were meaningful enough for people to share their own miscarriage stories on TikTok.

The “Mastermind” trend is a perfect lesson on how subtle, innocent mind games may just be the start to a successful relationship. But remember, all guys are just some dude, so of course they’re going to fall for it.