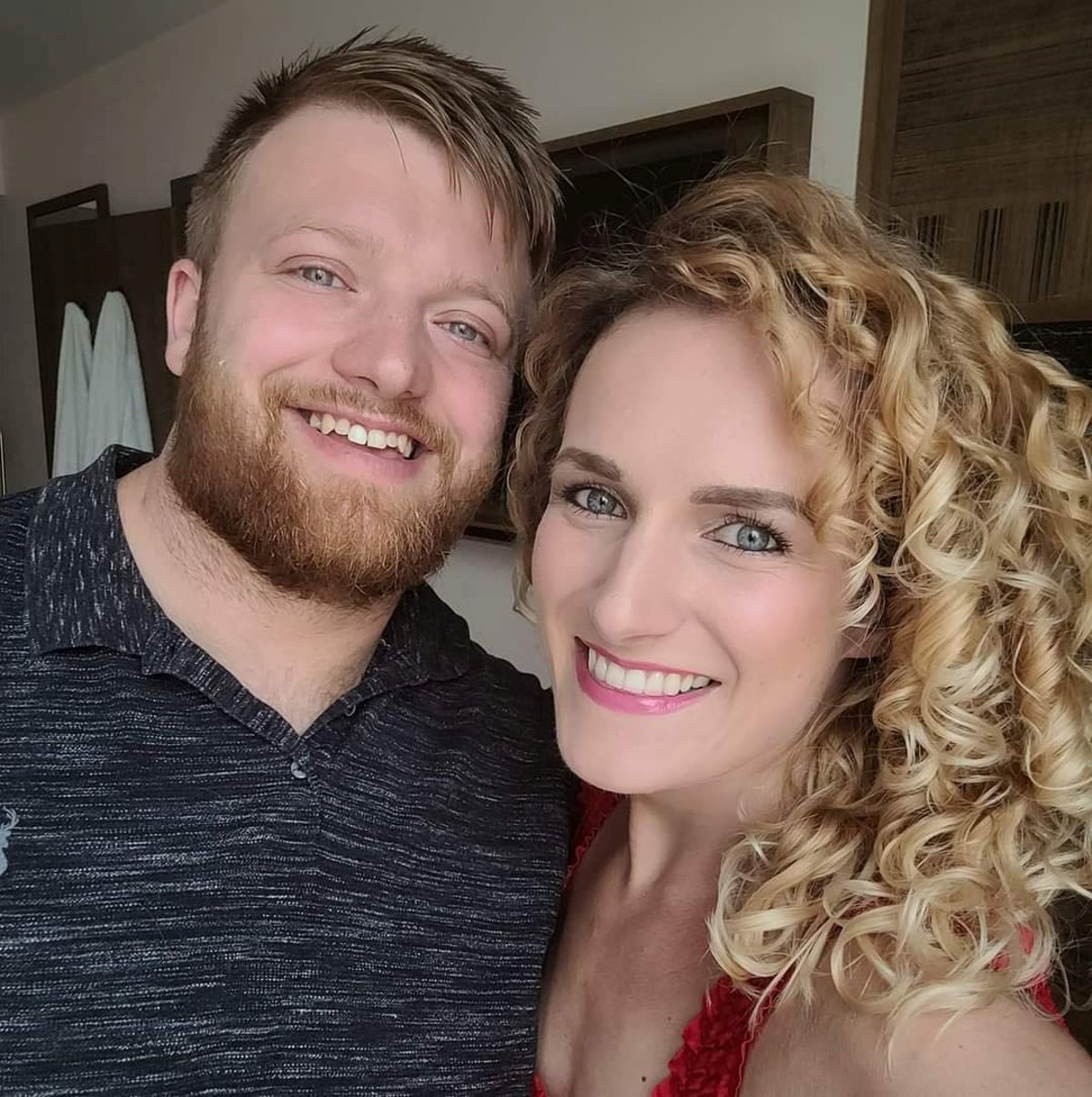 Britain’s strongest man and woman have married after falling in love at a training gym.

The pair met in 2017 when Paul visited one of the gyms Shannon trained at, before they started to date in 2019, with their relationship going from metaphorical and physical strength to strength.

Paul popped the question in August 2021 next to a waterfall in the Yorkshire Dales, and the pair wed in September in Cyprus. The loved-up couple say the secret to their happy relationship is helping to coach each other in the gym.

Despite being crowned England’s Strongest Man and Woman multiple times, Paul and Shannon are still looking to add more trophies to their collection.

Paul is due to compete in Britain’s Strongest Man in 2023 and Shannon is looking to take the title of World’s Strongest Woman again in 2024.

Now, the pair are planning to jet off on honeymoon to Thailand and reveal they’re hoping to try for a baby next year.

Shannon, a nutritionist, from Oldham, Manchester, said: “Paul’s got lots of competitions next year – I’m just training and not competing as we’re hoping to try for a baby soon.

“I was last year’s World’s Strongest Woman in my weight class and hopefully I’ll come back to take the title in 2024.

“We help coach each other and help each other out – it feels like a normal part of our relationship.”

Paul, a coach and professional strongman, added: “It’s great to have Shannon around in the gym, training and at competitions – it’s great that she can support me and I can support her.

“We really understand where the other one is coming from and having that kind of help is invaluable.

“We can’t wait to go to Thailand – it’ll be great, we travel a lot so it will be really nice to travel with each other and relax.”

Their incredible feats include holding world records – with Paul holding a world record for 10 lifts of the heaviest dumbbell.

They both run their own businesses, with Shannon working as a nutritionist and Paul providing strongman coaching, as well as being a professional strongman.

After returning from their Thailand honeymoon in November, the pair plan to hit the gym again.

Paul is currently in training for the Britain’s Strongest Man competition which takes place in January 2023.

And Shannon says that while she won’t stop training, she’s currently taking a break for competitions as they try for a baby.

Shannon said: “We knew of each other from the Strongman circle and chatted a bit online, and then met in the gym.

“My gym closed so I ended up going to the gym where he trained and we started chatting a lot more then.

“We spoke and got along but I don’t think either of us was that interested in a relationship – but one thing led to another and as we’re both in the same sport and similar jobs.”

“It just turned into a relationship and I don’t think either of us was really expecting it.

“We got married in Cyprus – it was a really small wedding, there were only seven people there in total.

“We got to spend so much time together, it was the perfect wedding – everything was about us.

“We spent a little bit of time with our guests but it was all about us which was perfect.

“We haven’t got much in terms of future relationship plans – hopefully I’ll be pregnant.”

“Paul has been with us since he was a junior so he’s grown up with us and we couldn’t be happier for them.

“They will both compete at next years UK’s Strongest Man with a special pre show ‘The UKs Strongest Woman’ at the Motorpoint arena in Nottingham.

“It’s always such a pleasure to work with them both and watch them do what they do best.

“We imagine they are quickly running out of trophy space!”