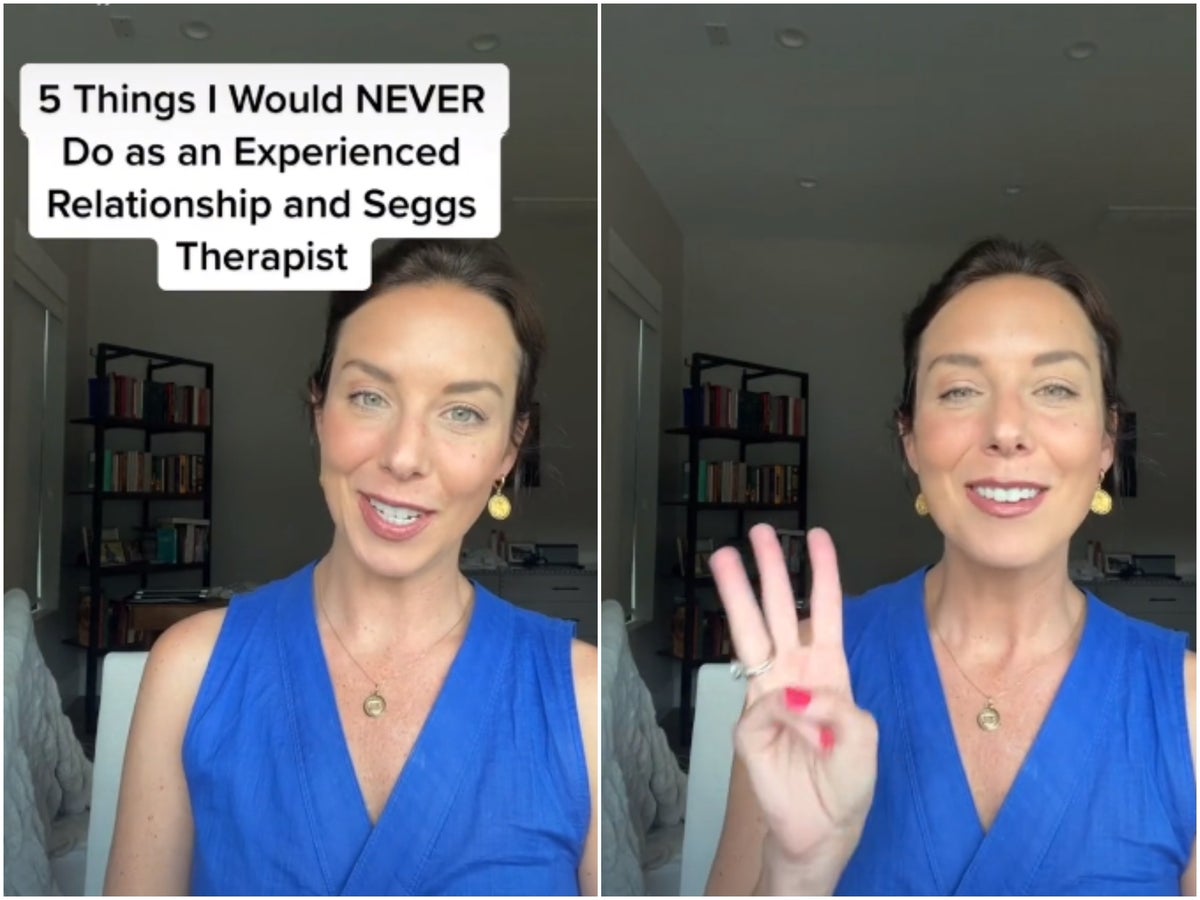 Taking to TikTok, Dr Emily Jamea, who has over 140,000 followers on the platform, posted a video about the five things she would never do in her relationship.

However, some of the commenters have found the points a little contentious.

Five ways to make your relationship last, according to a sex therapist

1. Wait one year before getting married

“You’ve got to give the honeymoon stage time to pass, and it takes at least a full year to fully know someone,” Jamea said.

However, several people responded in the comments saying that they had married before the year mark and had been together for over 25 years.

“Met and married after nine months, 23 years later going strong! Never say never,” one person wrote, while another added: “We knew after three days, family pushed us to wait one year to marry, and we have been married 25 years.”

“One of the things I love about my husband is that he called when he said he was going to call. If you like someone, it is OK to show them that,” Jamea explained.

“You cannot get lazy or complacent in your relationships. Don’t schlep around in sweats all day every day,” Jamea said.

Commenters were quick to point out that they were happily married and wore sweatpants while at home.

One person said: “I think point three needs to be expanded on. It can easily be perceived as the Sixties housewife expectations of having to be ‘dolled up’ constantly.”

“I would never stop prioritising sex,” Jamea said. “Countless studies should a strong link between sexual satisfaction and relationship satisfaction. So it’s super important to nurture this part of your relationship.”

5. Don’t criticise your partner in the bedroom

Finally, Jamea added: “I would never ever criticise somebody for a sexual issue that they were experiencing. We all have off days sometimes and being critical can turn a little hiccup into a big issue. Be kind.”