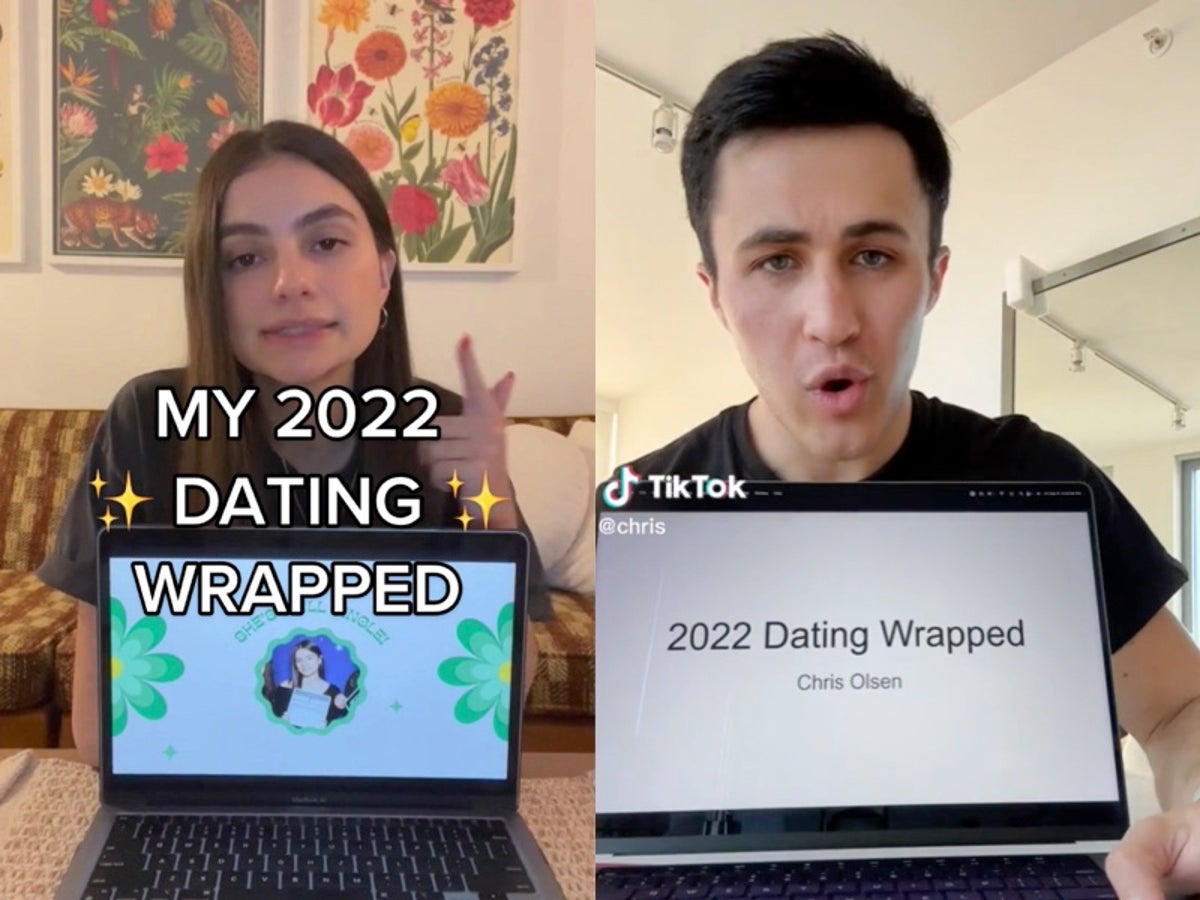 As 2022 comes to a close, now is the time when people reflect on the moments from this year that made them laugh, cry, learn from their mistakes or all-around cringe. Yes, that includes dating.

A new TikTok trend has people making homemade presentations to show all the facts and figures from their sex and dating lives throughout the year.

Much like how Spotify Wrapped gives users an annual summary of their listening history at the end of the year, this new trend is called “Dating Wrapped,” as singles look back at some of their best and worst dating moments of the year.

The trend is simple: TikTok users film themselves sharing their self-reported statistics, all wrapped up in a nice Microsoft PowerPoint presentation. Those wishing to take part in the trend can also use Canva to create a free slideshow filled with fun graphics. Some of these figures include how many first dates they went on, where they met their dates, what kind of activities they did on the date and how many dates they went on with one individual.

To add a little extra spice, some people also included the number of people they dumped within the past year, and how many people they cried over too.

Now, the hashtag #datingwrapped has more than 24m views on TikTok. Here are some of the best videos from TikTok’s Dating Wrapped trend.

TikTok user Alexandria McLean was the first to post her Dating Wrapped slideshow on 2 December, and quickly prompted others to take part in the trend. This year, she went on 21 first dates, 66 per cent of which she met on Bumble and 33 per cent on Hinge.

A majority of the dates she went on were first dates, which she says she “never saw them again” afterwards. While 19 per cent of her dates ended things with her this year, she made sure to point out that she only cried over two of them with a statistic that read: “We do not cry over men.”

Shortly after, TikToker Natalie Gotko posted her own version of Dating Wrapped. She began the slideshow by sharing that she went on 22 dates this year, partly which she attributed to going through a breakup and moving to a new city.

While the majority of people Natalie met were on dating apps, she met two people “in the wild” – aka meeting someone in-person and not on dating apps or social media. “The wild still does happen although it is rare,” she noted.

Some of the most viral #datingwrapped videos included influencer Chris Olsen, who received six million views on his PowerPoint presentation. Olsen went so far as to create a scatter chart for his dating life, which compared “dateability” to “hotness”.

Of course, a Dating Wrapped presentation wouldn’t be complete without a slide showing the “number of boys he processed with his therapist”.

Meanwhile, TikTok user @danniedupone received 1.6m views on her video when she created a “queer edition” of her year in dating, which included each of the zodiac signs of her exes.

While 2022 was clearly full of ups and downs for many people and their dating lives, TikTok’s Dating Wrapped trend can be a clear lesson to try and not make the same dating mistakes next year. Or do, because it will make for a very entertaining presentation in 2023.