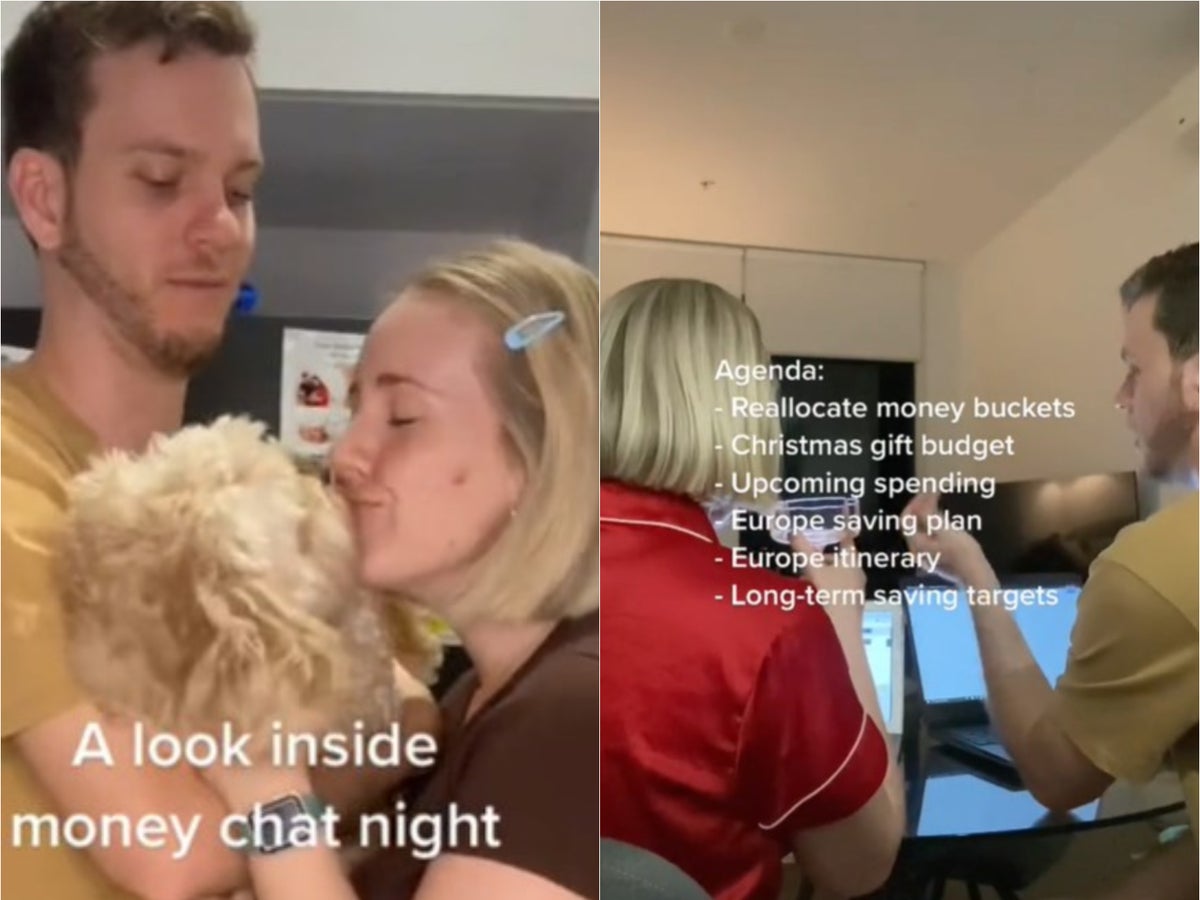 An Australian couple have divided social media users after revealing they have scheduled “money chat nights” to discuss their finances and set saving goals.

In a video seen by one million people, Weatherby said her partner plans an agenda to help them become “financial baddies”.

Walking viewers through one recent “money chat night”, Weatherby said: “This money chat was a big one, we both got significant pay rises last month so we needed to reallocate our buckets and make some new savings targets.”

She said they also accounted for upcoming “spending events” like Christmas and agreed on a gift budget.

The agenda also included the couple’s budget and saving plan for a six-week trip to Europe next year.

The video has earned criticism from some TikTok users, one of whom described it as “dystopian”.

“When your relationship goes corporate,” another person wrote. A third user described the couple’s relationship as “bland”.

“Who said romance is dead?” another wrote.

However, many came to the couple’s defence and said the money chats were a marker of a mature relationship.

“What the immature comments don’t realise, it’s actually really fun planning for big things like vacations, trips, weddings with the love of your life,” one user wrote.

Another said: “The couple who budgets together stays together. Congrats on the pay rises. Love the transparency and planning.”

A third user praised the couple for making their financial futures “a priority” in their relationship.

Replying to the comment, Weatherby wrote: “Thank you! Props mostly go to my boyfriend – he keeps us both accountable with financial things, setting the agenda. The best!”

TV presenter and comedian Greg James also weighed in on the debate and said that while he thought the “money chat nights” are “undoubtedly a good idea”, he took issue with the couple for documenting it.

“There’s something weird for me about seeing someone having to set a camera up, walk away from the camera and have a natural moment with their partner,” James said.

“Not everything is a bit. Mundane stuff makes the world go round but we don’t have to see every bit of it. This app is destroying us.”